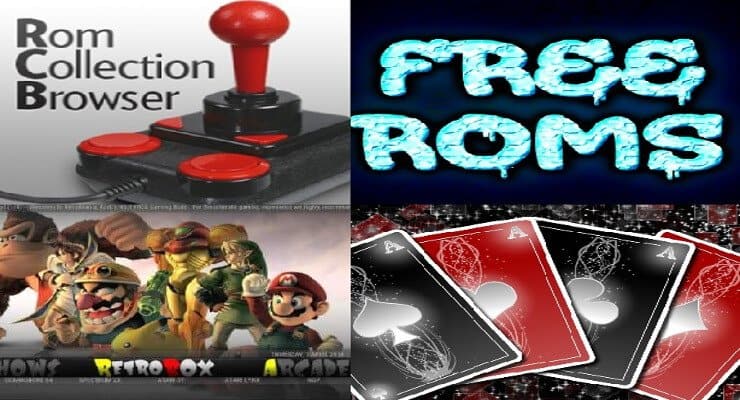 In this post, let us look at the best Kodi Gaming addons 2017. Previously, we published a list of top Kodi addons for gaming 2016 and therefore, will be an update to that. Kodi is not just for movies! With its great versatility it can also be used to create a top gaming system to rival the games consoles of today. With Kodi you can launch the latest PC titles, play classic retro games or stream online game trailers. A number of the addons in this post are available to download from Super Repo.

In this Best Kodi gaming addons 2017 list, I have included a broad range of Kodi addons for games including game titles, launchers, and trailer streaming. I will finish this article with a full Kodi build designed to give you the ultimate Kodi gaming system. [Read: Best Home Theater PC Build 2017 to do it all (Plex, Kodi, NAS, Gaming)]

Advanced Launcher has been around for a while now but is still very much worth a mention in our Best kodi gaming addons 2017 list. It is a software launcher giving you the ability to fire up any external application. You can use this addon to launch your PC game executables from within Kodi and play them directly from your media center software. If you play browser based games you can point Advanced Launcher at your PC's web browser executable and open it up on top of Kodi.

If you are into retro gaming you can configure Advanced Launcher to open up your emulators and set all of the required command line parameters to load your ROMs. There are now newer and easier to use Kodi game launcher addons available but few offer the vast array of features of Advanced Launcher. This Advanced Launcher addon is available from the official Kodi repository. [Read: Medium Budget 4K HTPC Build 2017 for Kodi, Plex and Gaming]

The first game in the best Kodi gaming addons 2017 discussion is Duck Shot. Duck Shot is, as the name suggests a game where you shoot ducks as they appear on the screen. Think of it as an updated version of the classic Duck Hunt on the original NES. Duck Shot is a simple Kodi game and yet very entertaining. Duck Shot does require a mouse to play it effectively and is best suited to Kodi on desktop PCs. The Duck Shot game can be downloaded from the Super Repo.

The Free ROMs Downloader Kodi addon can be used to browse and download thousands of retro games console ROMs directly to your media center. With this type of Kodi addons to play games, you no longer require a separate PC to download retro titles and it makes the whole process easier. Simply browse through the huge libraries of retro games, select the ones you want and Free ROMs Downloader will pull them down onto your system with a separate directory for each console. You can then use addons like Advance Launcher or Rom Collection Browser to play them. This addon is easy to use and of course free. The Free ROMs Downloader addon is available from the Super Repo. [Read: 20 Best Kodi Addons for 2016: Updates, working list]

The second title in our Kodi addons for games list is Kodi Blackjack. If you want an extremely simple game to play that is purpose built for Kodi then try Kodi Blackjack. Games like this can be used to pass the time whilst waiting for downloads and you can’t beat a good card game. Take on the dealer and get as close to 21 as you can without going bust. Place your bets before each round of play and see how much you can make! The game is designed for Kodi and you do not need to leave your media center software to play it. Kodi Blackjack is available from the Super Repo.[Read: 6 Must have Kodi addons for Broadcast TV Streaming]

Netwalk is another purpose built game for Kodi. Connect the pipes to link the computers. Connect all computers to the network in as few moves as possible. There are not many actual game addons built for Kodi and this one is certainly addictive. Netwalk will play on any device running Kodi but is best used on tablets or touch screen platforms. Either way Netwalk for Kodi will provide hours of both fun and frustration as you try to beat your high scores! The Netwalk game is available from the official Kodi repository.

Steam Launcher is a Kodi addon that does exactly what it says on the tin. As Steam is now the biggest online PC game retailer you of course need access to Steam from within Kodi. Steam Launcher can be used to open Steam in Big Picture mode which is a version of Steam optimised for TV screens. From here you can launch and play all of your PC titles and access all of the features of Steam. As you exit the Steam application your media center will return to Kodi. The Steam Launcher addon is available from the official Kodi repository. [Read:Guide: How to install Kodi Steam addon on your HTPC]

Want to watch video trailers for the latest game titles? With Video Game Stream you can do just that. Browse a huge array of online video content or search for the title you want to see. The Video Game Stream Kodi addon will allow you to keep fully up-to-date with the gaming world and preview titles that you are looking to buy, all from within Kodi. The Video Game Stream addon is available from the Super Repo.[Read: 6 Best Genesis Alternative Kodi Addons for your Movie Needs]

Retromania is a build rather than an addon but I must reference it in our Best Kodi gaming addons 2017 list. It comes packed with all of the Kodi addons for games you can think of. There are numerous movie builds out there such as The Beast but Retromania leads the way for gaming! Install the Retromania build to your Kodi setup and your entire HTPC system will be geared towards gaming.

It comes packed with gaming addons, system emulators and gaming video software. All of the different systems supported by Retromania are launchable from the home screen and you do not need to open addons to fire up your games. It does still include movies and music but the aim of the build is to provide the ultimate gaming experience. Retromania will turn your HTPC into the perfect Kodi based gaming solution. To download the Retromania build you must become a member of the official Retromania website.