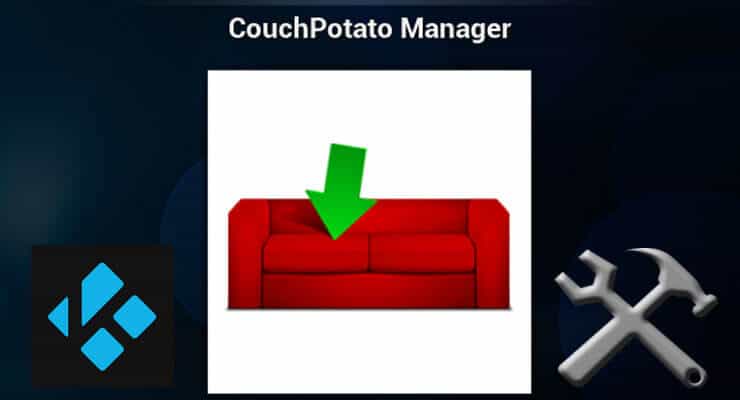 There are many ways to get your movies to play on your Kodi HTPC. You can stream them using one of the 10 best Kodi movies addons, such as the Genesis Kodi Addon. There is a distinct disadvantage though; if the content is removed or changes location, you might lose access to your favorite media. There is another way, and that is actually downloading your media on a home server or local device. You can use CouchPotato for this, since it lets you search for movies and then tells your favorite software to download them for you. However, it is a separate software from Kodi, so you might have to go out of the Kodi application, to manage CouchPotato downloads. Instead, you could also install Kodi CouchPotato Manager, and handle your movies from the Kodi interface, with no need for you to exit Kodi. [Read: The easier way to install CouchPotato on Windows]

To use this addon, before you perform the Couch Potato Manager setup on Kodi, you need to make sure you have configured CouchPotato in order to be able to download media. You could use a torrent client or a Usenet provider, such as these 5 best Usenet providers for CouchPotato we listed some time ago. If you decide to go that road, you need a tutorial to configure CouchPotato with Usenet. You could also configure it to be used with a torrent application, though we explained some time ago why Usenet is better than torrents. Once it's configured properly, you can install the CouchPotato Kodi addon in order to control your downloads without leaving the Kodi interface. Are you interested? Keep on reading our Kodi Couch Potato setup guide!

How to install Kodi CouchPotato Manager?

After you click on that, a dialog will appear. In this dialog, click on the Install button, and Kodi will install Kodi CouchPotato Manager.

Wait for a while, you will see several notifications on the bottom right corner of your screen, and the one you see at the end indicates that the Couch Potato Manager setup was successful.

And that's it! You can now start downloading your media directly from Kodi, as long as CouchPotato is running on the same machine. You can also set the Kodi CouchPotato configuration to work with a remote server, simply by right-clicking it on the Videos -> Video Add-ons list, and selecting the Add-on settings option. After that, fill out the necessary parameters to establish the connection with your home server, and click OK. The interface to use the addon is pretty simple, and allows you to search for the movies without leaving Kodi at all. You can perform the searches faster by using a wireless HTPC keyboard or a remote app for your smartphone such as Yatse, the XBMC/Kodi remote. Get ready to bring convenience and comfort to your Kodi HTPC setup for free, after you install Kodi CouchPotato Manager!