About a year back, I published my first HTPC-NAS Combo build for 2014. That was a budget HTPC-NAS build I built for one of my friends. I decided it was time for me to upgrade my 6-year old MSI Wind Intel Atom 330 HTPC and NAS computer that plays HD video using Broadcom's CrystalHD. So I spent some time to investigate potential options my budget HTPC-NAS combo build 2016. This build outperforms my previous build while drawing 40% less power. [Read: What is HTPC, aka Home Theater PC, and what is it used for?]

Requirements for my NAS-HTPC Build

Serious HTPC, NAS, and Gaming PC builders will laugh at my current Atom 330 based build. But honestly I could not have asked more from it over the last 6 years. It worked great for my needs. So it is important to understand the HTPC build 2016 presented below is based on what I plan to do with it. So here are some requirements I wanted it to meet:

Who this HTPC-NAS Combo build is not for?

This HTPC-NAS combo build should also able to stream HD videos (1080p, 30 fps) to Kodi devices or encode videos for Plex clients. This build is definitely not for gamers as the integrated processor and GPU is not capable of handling graphically intensive games. This combo NAS-HTPC build is also not for videophiles as it may struggle play / stream anything above 1080p 30 fps. Reports on 4K playback are mixed (there is not much 4k content at this point). But these limitations can also be overcome with a dedicated graphics card.

This HTPC Build 2016 is an improved version of my previous low power HTPC-NAS combo build. So it still uses many of the same components. 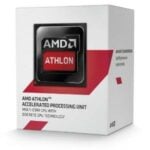 AMD 5350 2.05Ghz Quad-Core Kabini Processor which has an integrated Radeon HD 8400 graphics card is still one of the best low power processors available for budget HTPC / gaming builds. My other consideration was Intel Celeron J1900. The J1900 has a 10 Watt TDP, compared to AMD 5350's 25 Watts but its graphical performance falls way short of AMD 5350. Remember, I wanted this NAS-HTPC combo build to draw less than 32 Watts total. As shown later, my completed build idled for only 21 Watts. Got this APU during Black Friday sale for only $50 and free shipping. [Read: 5 Best Android media players in 2015 for less than $100]

Alternatively, you could also choose a cheaper motherboard with no DC option and use a PicoPSU with a power brick. This also generate little to no heat inside the case. [Read: 5 best Wireless HTPC keyboard and mouse options in 2015]

An SSD is a must for HTPC builds for the speed and NAS boxes for the low power draw. SSDs usually draw about 2 Watts or less of power. During Black Friday I picked up a Samsung EVO 850 250 GB SSD for $75. Since the SSD will run only the OS, in my case, Ubuntu Server, 250 GB is an overkill. You can save about 30-50 dollars by going with a 60 or a 120 GB SSD. My Ubuntu Server with Lubuntu Desktop boots to login in about 5 seconds (not that this matters as this is a 24/7 on machine). Files will be stored in a separate larger disk, which can spin down during inactivity and improve energy efficiency. [Read: 5 best Plex clients in 2015 for your HTPC] 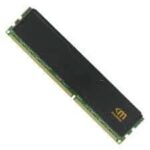 For memory I went with Mushkin Stealth 8GB DDR3 1600 single-stick for $30. The only reason I went with this RAM was because I received a combo discount with AMD 5350. Any good rated DDR3 1600 SDRAM would do the job. I also went with 1x8GB instead of 2x4GB or 2x8GB to reduce power consumption. While dual channel does give slightly better performance than single channel it will be barely noticeable for my build. Furthermore, 16 GB of RAM is overkill for my setup. I could have settled for 4 GB but 8 GB allows me to run any Virtual virtual machines (or Windows) if I decide to in future. [Read: How to run a Ubuntu home server on VirtualBox VM?] 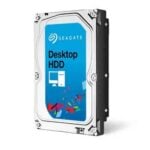 Samsung Spinpoint drives were my favorite. My first one lasted for 6 years and endured many formats and erases. Both Seagate and Western Digital have been unreliable for me. But Seagate ST4000DM000 4TB 5900 RPM 64MB Cache SATA 6.0Gb/s 3.5 HDD has received good reviews. Once again, for Black Friday I picked up one of these for $100. It has enough space for my needs and I do not plan on building RAID arrays. But if I decide to, the ASRock AM1H-ITX board supports 4 SATA devices. If you can spend a bit extra you may even go with the HDDs rated for NAS devices. The warranty on these drives are a year or two longer. I wouldn't recommend these drives for OS as the APM setting is too low and the drive spins down and spins up often leading to shorter life. As a storage only (non-OS) drive it can idle for longer times. [Read: 20 Best Kodi Addons for 2016: Updated, working list]

This was one of the toughest choices for me. In the end, I picked up the SilverStone Sugo Series SG05BB-LITE Black for $45. The main reasons are good ventilation and decent case fan (although heat is not a major concern in this build). Support for slim optical device if I decide to put one in. It only supports SFX power supply, which are a bit expensive. But I wasn't going to use a PSU anyways. It has front USB 3.0 ports when needed. It came in handy for me to connect HDD from my current HTPC NAS combo build using USB 3.0 SATA adapter and transfer over 3 TB of files very quickly. I would have liked it to be a bit more compact but all compact cases did not have enough expansion capacity or drive bays. For now I am quite happy this case. [Read: 7 Best home server software options to fit your needs]

Not having a PSU inside case takes away a lot of heat. This in turn reduces the need for extra fans or cooling. You can even get by with passive cooling (no fans no noise). Also PSU tend to be at their highest efficiency for Wattage they are rated for. I expect this build to use less than 32 Watts (my target). A 200 or 300 Watts PSU would not be very efficient at this low power usage. So the same build will draw more watts with PSU than a brick power adapter. There are several 65W AC 19V 3.42A 5.5 x2.5mm Power Adapters available for less than $10. I picked up one for $7.50. [Read: 5 Most common NAS or Home Server uses]

My new build is faster, more silent, has more space, does better graphics, and yet draws less power than my current server. Admittedly, my current server is a 6 years old Intel Atom 330 based system. Here is a comparison of their power draw at different stages.

Total Cost: $357.50 (right on target). It could have been lower with a cheaper motherboard or smaller RAM. [Read: 5 Must have Android apps for HTPC or Home Server control]

Once again, this HTPC-NAS combo build may not satisfy everybody. For my needs listed above, this HTPC build 2016 has exceeded my expectations. It also offers me capabilities to expand a bit. If 4K UHD videos become more common I may have to upgrade or add a video card. But I think we are at least a couple of years away from that. AM1 socket components are become less and less common. But for now, I believe that this HTPC-NAS combo build is good enough to satisfy most average consumers who consider energy efficiency to be important.