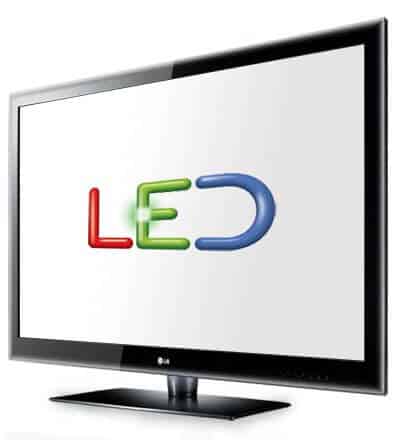 I went ahead and got myself a gift for my new job and finally entered the world of high-definition. This review is about the LG 42LE5400 LED-LCD 42 inch TV and the LG BD570 Network Bluray player. I am a networking person and not so much a tech person. While searching the internet I could not find much information about the networking capabilities (DLNA and CIFS/SMB) of these models. Therefore, I am going to concentrate mostly on LG TV network connection features.

First of all, I am still pissed that I missed an amazing deal at Amazon.com by two days. The TV was available for $770 with with free LG BD570 Bluray player. But I ended up get both for $979 from Buydig.com.

This is my first flat screen TV. I am going to go too much into the technology. But in brief, this model uses the edge-lit LED back-lighting, which offers extremely thin panels. The TV is unbelievably thin. However, this model lacks the local dimming feature available in 42LE5500 and similar models. But to me it makes no difference. The picture quality is stunning and I am in general a less fussy person. So much that I decided to live with the one dead pixel that the TV came with. Thats right, the TV has 1 dead pixel. I failed to notice it at delivery. Anyway, from the distance beyond 4 feet this is not noticeable (LG's warranty covers anything with more than 5 dead pixels). There are lots of other features on the TV and detailed reviews are available elsewhere. But I do notice a bit of flash-lighting in the corners. Again, this does not bother me. One big feature I miss is the PIP (Picture-In-Picture) feature. But then, this will be a problem only if you don't use some kind of a set-top box and almost all HD TV owners do. Overall I am happy and the remote is very well designed.

Now to the networking capabilities of the TV. When connected to internet by CAT5e ethernet cable from a gigabit router, the TV plays high-definition videos from Netflix and Vudu without any hiccup. Coming from Netflix-Wii world, this is a day and night difference for me. I should however point out the "NetCast" feature on the TV that includes Netflix and Vudu is a limited edition (lite?). Netflix does not allow you to search for videos and add them to your instant queue. It only allows you to view and play from your instant queue. Pandora, CinemaNow, MLB TV, Napster, and AccuWeather are also not included in NetCast.

Now to the main feature I was looking for: playing videos from my server. I have Linux home server (Intel Atom 330 dual core with integrated graphics card) with all my videos and running a SMB / CIFS file server. The TV cannot connect to SMB server (I knew this based on reading). That is the reason why I bought the LG BD570 Bluray player which can connect to SMB / CIFS shares. This however did not work as explained in another post (Update: It now works. Please see end of the post).

Since the TV could not play my SMB shares I had to find out how to run a DLNA server to share my files. MiniDLNA rescued me. In a separate post I have provided instructions on how to configure MiniDLNA on Ubuntu Server.

From the "My media" menu the TV quickly recognized my MiniDLNA server and played videos, music, and pictures without any problems. I am not only relieved but impressed. Even HD videos played without any problems. Of course, one has to realize that my server was connected to my home network through gigabit ethernet (so YMMV). The interface is very well designed and easy to navigate. One drawback is that DLNA does not recognize subtitle files (example: .srt). Nevertheless, I love it so far.

So in summary, the LG 42LE5400 gets a 5 star rating from me despite the one dead pixel. It plays network videos, netflix, and vudu without any problems. Oh by the way, when you activate Vudu service you can rent a HD movie for free.

Now a final note about the Seller Buydig.com. If I were to do it again, I will not purchase a TV from them. I have bought an SLR camera from them and was happy. But the TV was shipped from NJ to CA in its original box that was pretty banged up by the time it reached me. One of the styrofoam support was broken. Many screws on the TV were loose (as if the TV was opened). I sent an email to them about this and as well as about the dead pixel and no response from them. Next time I would go for Amazon.com.

Update:
Today I got the player to recognize my SMB Share on my Linux Server. The player plays videos (with subtitles on SMB), music, and pictures from my SAMBA server. In a separate post I have provided instructions on how to configure SMB / CIFS on LG bluray player.