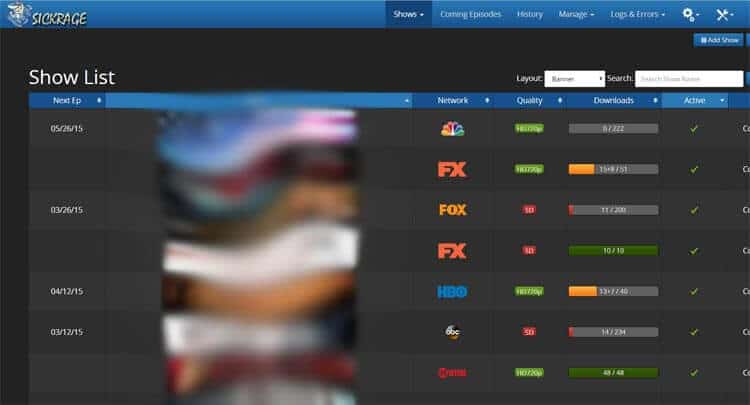 Couple of years back, I compared SickRage and SickBeard and concluded by saying that I will be moving to SickRage. Today, I feel differently and here is why. The two years before I moved to SickRage, I had little to no issues with SickBeard. SickRage offered more and so I decided to migrate.

Update (Feb 22, 2016): I installed another fork of SickRage and it has been working great since. It appears that the problem is only with original version of SickRage.

In the last year or so, some sort of rift has developed among SickRage developers. This has caused them to split up, resulting in two version of SickRage being developed: here and here. Each party claims shady practices by the other. One of the developers posted this message on GitHub:

This is bad for the users. But my main reason for this post is something different.

Over the last few months I have started to encounter several SickRage python errors. I recently, wrote a post on SickRage Import Error how to manually update SickRage from commandline. This helps if an update breaks SickRage and you are unable to start and update from within the WebUI. This also led to me adding "Manual Update" option in AtoMiC ToolKit's January 2016 update. The two scenarios I can think of are during "Manual Post Processing" and "Missed Subtitle Manage".

Most annoying of the error has been the recent errors during update. As soon as I update SickRage I am getting all kinds of errors. Here is one, that is stopping SickRage from even starting.

I have had to spend a few hours over the last month of so dealing with errors and restoring previous backups to get through. It is great that SickRage is getting numerous updates and active development. However, for some bleeding edge software that constantly breaks is not an option. At this at this point, I do not have the time. I tried Sonarr briefly but my search is back on. Temporarily, I think I will go back to SickBeard or may be SickGear.