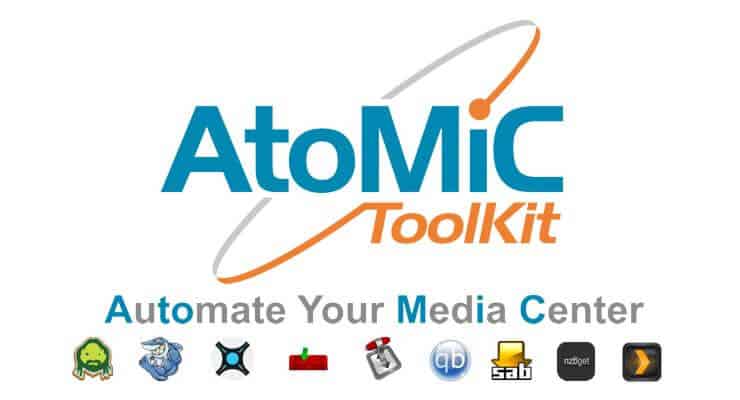 AtoMiC ToolKit (Automated Media Center), automates home server software installation and maintenance. We have written in detail about how AtoMiC ToolKit works. In October 2015, I summarized several upgrades that were done to AtoMiC ToolKit, including support for Headphones and Mylar. Today, I happy to announce that it has received several changes, improvements, and fixes. Read on to see what this January 2016 update brings.

Over the last several weeks I have not published many articles because I have been focusing on rebuilding AtoMiC ToolKit from scratch. Most of the work has been behind the scenes in making AtoMiC ToolKit more robust for what is to come in future. But here are some major changes you may notice:

Notice that some of the apps are marked "Broken". Yes, at this point there are issues with those scripts and it is on my todo list to fix those. So hang tight. Rest everything has been tested to work on Ubuntu 14.04 LTS.

Our AtoMiC ToolKit page describes everything you need to know about it and how to get started. Best of all, it is FREE!. Here is a video that shows how AtoMiC ToolKit makes installation and maintenance of home server software a cakewalk.

If you have feature request, suggestions, would like support, or have bugs to report, head over to AtoMiC ToolKit section on our Support Forum and post your issue.