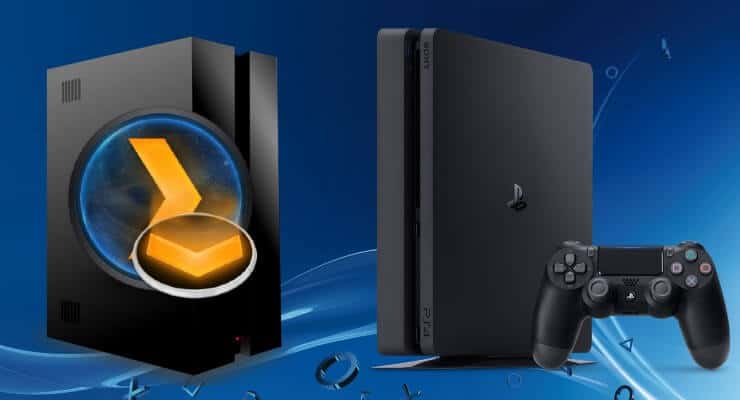 Sony spent a large amount of time developing a powerful piece of entertainment hardware with the PS4. One of a multitude of features available is the ability to stream from PC to PS4. Multiple PS4 media client apps currently exist on the market. A quick look and them and it's easy to see how PS4 distinguishes itself as a leader in entertainment. Setup is a quick process and will work almost instantly with most server clients. Forget about clogging your limited Sony hard-drive space with movies, music, and game data, just use anyone of the programs below to stream your media content from your PC. [Read: Best Streaming apps for PS4]

Stream from PC to PS4

Here at htpcBeginner, we have taken the time to put together some of the best options for streaming everything inducing movies, television, music, and photos from a PC onto your Sony console. Multiple PS4 media client apps exist on the market, many are free and some offer premium streaming content and features.

Probably the number one media app for the PS4. Plex offers a wide variety of options, features, and content, while simultaneously acting as a means of accessing network media on PS4. It is intuitive and easy to use. Plex offers a simple design, easy navigation and intuitive interface. Some of its more advanced features include the ability to share files across the network and even adding .srt files to media content requiring subtitles. It is good for those not overly technical, and want a quick, organized means of accessing content.

Subscribers gain other feature including access to cloud storage. There is a big limitation of services offered for free users, however, the cost of Plex a month is minimal and well worth it. Paid content aside, Plex comes with enough basic features to keep PS4 users happy. Its primary purpose as a streaming content provider does little to interfere with its power as a media server. [Read: 5 Reasons to use Plex instead of Kodi and 5 reasons not to]

Emby is a media client app of distinction and another strong pick. Users who are looking for more than just a simple media server will enjoy the programs wide range of features, while the more technically savvy users will enjoy the advanced options.

It also offers mobile access to stored media through the Emby app on your phone, tablet and mobile device. Its interface seems somewhat cluttered at times but is more than capable of managing thousands of files as needed. Simply download Emby onto your PC.

Like Plex, it there is premium content and features available for a monthly subscription fee. However, the free version is more than capable of media management and does allow users to stream from PC to PS4. All around a good choice when looking for more than just a media server. [Read: Guide: How to install Emby IPTV Plugin]

Universal Media Server is a veteran program when it comes to streaming content to PS consoles. Built from the PS3 Media Server application, this version stays true to the original. It is a simple looking, bare bones and utilitarian system, it does one thing well, stream media from a PC to PS4.

It uses a UPnP media server created for the newest models of PS4. The server is compliant with DLNA standards. Currently, PS4 Media Server only functions with a PS, but its predecessor for the PS3 was quickly expanded to work across platforms. The server is often updated to keep out the bugs that come with streaming content. Users should have no problem when looking to access network media on PS4. Universal Media Server is a media server capable of serving videos, audio, and images to any DLNA-capable device.

Madsonic is an open sourced web-based media library manager and media server for the PS4. It uses Java and is compatible with Windows, MacOS, OSX, Linux and Unix variants. Unlike many other options for media servers, there is Bandwidth control for those who have to take that into consideration but for audio only. The bitrate of streamed music can be lowered. Madsonic will then automatically scale down the music to a suitable bitrate.

It offers a few other fun features, like its much-touted jukebox mode, but all around is just a basic media server. All around a good working program. Its drawbacks mostly stem from being a web based application. There are some consistent problems with maintaining the servers connection and lagging, which has it falling behind other PS4 media client apps.

Consumers are looking for more than just gaming from their consoles. The PS4 was designed, not only,  to meet these expectations and surpass them.  The ability to access your PC and stream that media content in a fast and convenient way is a basic requirement users are expecting. The options available for servers that will allow your console to access network media and stream from PC to PS4 are numerous. Many other options are fraught with problems and bugs that can limit enjoyment. Hopefully this list helps take out some of the guess work.

Your turn: what PS4 media server apps do you recommend?