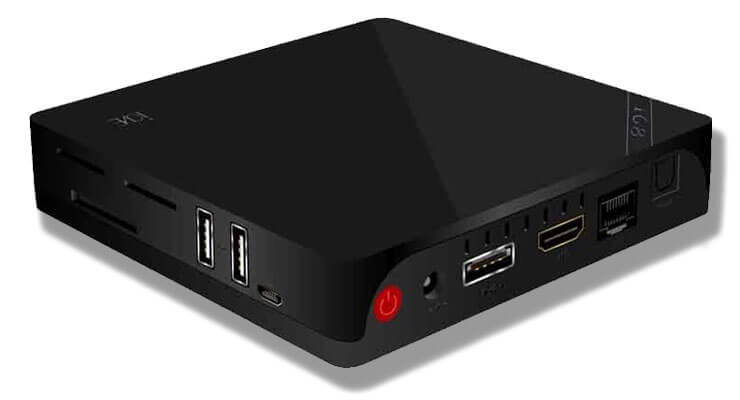 Devices aimed to provide a great HTPC experience, such as Android TV boxes, have been increasing their performance and our expectations steadily but constantly. One of the things that appeals to us as consumers the most is the number of cores a device has, simply because having more cores translates, more often than not, in amazing performance to watch your media. As an example, you could look at the NVIDIA SHIELD TV, which has 8-cores in its CPU, albeit its price is not as budget friendly as other options on the market. [Read: CX-919 Android stick: Take your media center with you]

Despite of this apparently unavoidable price/quality interdependency, sometimes a device with a really good specs sheet sweeps us up and makes us dream about smooth media playing and zero stuttering in our movies and series, while also offering an affordable price tag, that makes us drool even more and think, perhaps, there must be some trick to it; a device that good shouldn't be offered for so little, or so we think. Is this the case we see with our Beelink i68 review? Let's find out:

Beelink i68 review: a beast that skips sometimes

That would be a pretty accurate definition of the Beelink i68 Android media streamer (Buy from GearBest, use Coupon RTM15GB for 6% off and free shipping), bearing in mind it's too much of an oversimplification if you want to analyze this box in detail. What this apparently scary title tries to say is, that -almost- everything on this Android media streamer goes on smoothly and in a fluid way; however, there are slight occasional frames skipped, particularly with 1080p HEVC videos, which might distract you a little, but by no means make the media impossible or annoying to watch.

Everything else, from gaming to browsing the menus to playing any other media format on this device goes on smoothly thanks to its Octa-Core processor and 64-bit SoC. which is amazing if you consider that during our Beelink i68 review we saw this box on sale for less than 80 bucks, easily turning it into one of the cheapest Android streamers in the market, and making it easier for this Android streamer to become your top Android box, thanks to its amazing price/quality relationship.

Connectivity is another plus on this TV streamer, since it includes 3 USB 2.0 ports and a microUSB OTG one, meaning you will not have any trouble if you want to connect all your peripherals, such as a wireless HTPC keyboard or even a Logitech Harmony Smart remote through the Flirc USB dongle. There is an optical audio output and an HDMI 2.0 port, to satisfy most Android video streamer users.

After your Beelink i68 review, do you recommend it?

This Android TV box could effortlessly become your best rated Android TV device, simply because of the fact that it offers so much while still maintaining an affordable price tag. It also includes a remote, which is always a welcome addition, unless you plan on using Kore, the official Kodi remote app, or another similar alternative. I think this Android streamer box is a very good option to consider if you plan on purchasing one of these devices. It can play back video in a decent way and it can even do casual Android gaming, all of this while consuming less than 6W of power under peak performance demands, which puts the icing on the proverbial cake of this Beelink i68 review.