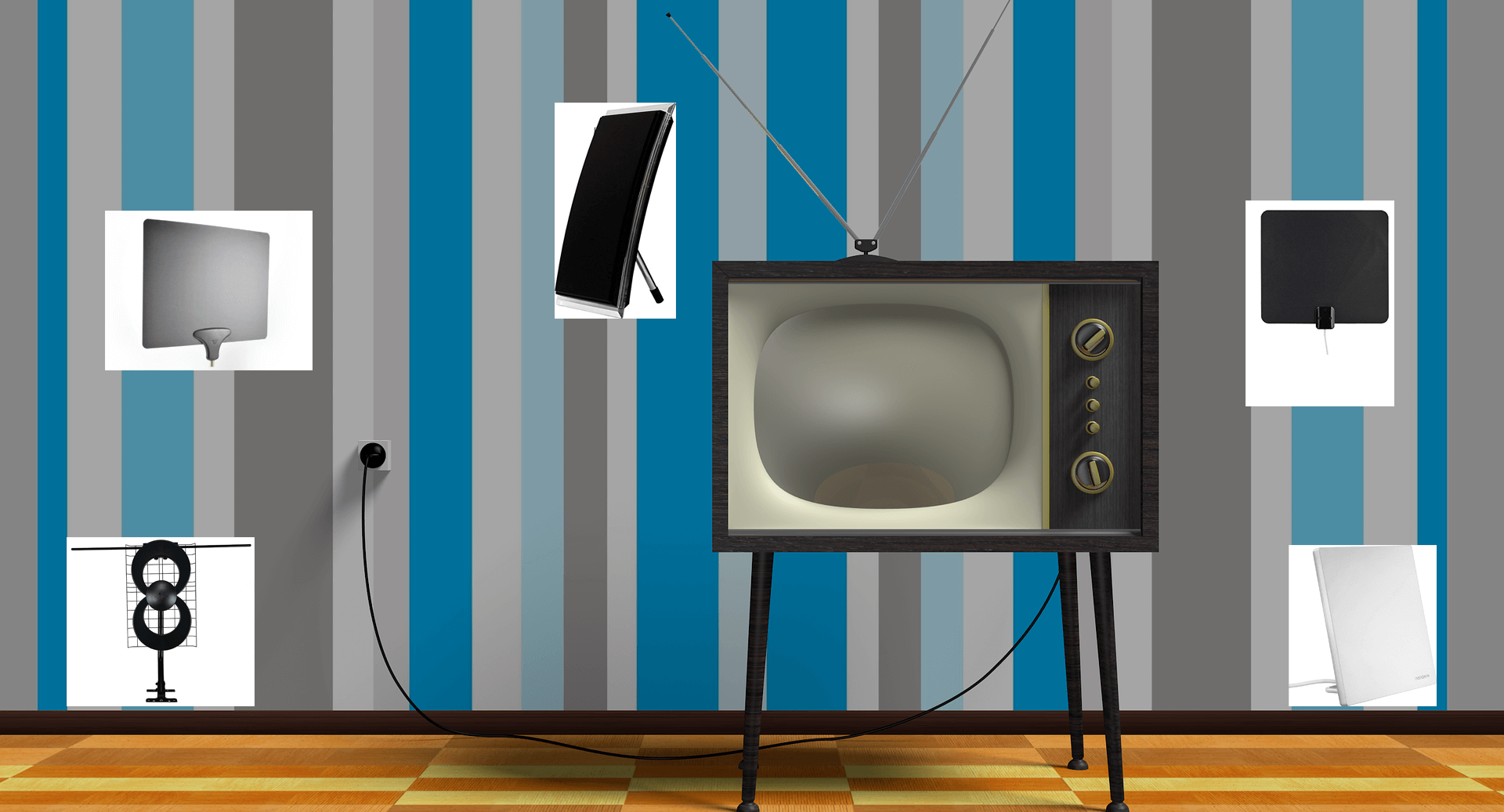 The notion that putting an OTA TV antenna on the chimney is outdated is wrong. People will still even contract someone to install that colossal antenna if they desire. There are also antennas advertised will perform well even inside your attic. Earlier this year, we published an article about the rise of over-the-air TV, despite the decline of pay TV. [Read: OTA TV popularity on the rise, pay TV on the decline]

Indoor antennas are more commonly purchased, but it is also more likely most people only use the antenna as an accessory to other TV they already subscribe to or get from an app. The longevity of OTA TV antennas in my opinion is as real as mobile homes and RV's. It is one of those fixtures that will remain a staple of television for many decades to come until something superior requires the same air waves. Just as OTA TV will remain a staple of owning an RV.

Some special features appear in a search on Amazon and Best Buy for the top 20 best selling and highest reviewed OTA TV antennas. Certain features are the obvious selling point for many more popular models.

The way that this list of top five is derived is from the ones that appear most frequently in the search for both sites combined. I just did a quick search to put together some simple lists.

I will simply say in my opinion, nothing is more likely to beat the competition than Mohu brand OTA TV antennas. Not only do they offer you a wide variety of antennas that are suitable for any situation, but when you go to their website you can lookup channel availability for your street address. A web page loads that shows your street address and how many channels each Mohu device can receive. The Leaf 30 is a good option for most users. Alternatively, check out the Leaf Glide for a massive 65-mile range and, 4K-ready antenna. Because of their balance of performance and

The next best brand of antennas on the list of top five is ClearStream antennas from AntennasDirect. There are several reasons to give ClearStream a superior rating among antennas, and the best of which is the website. Not only does their website tell you which antennas is best for your location, it also provides all kinds of instructional videos and resources to help you after they make the sale. They are not just interested in pushing their product out the door, they want to support it too. The ClearStream 2V boasts a 60+ mile range, and may be used inside or out. Alternately, try the ClearStream 4V for an impressive 7o-mile range. Unlike Mohu devices, ClearStream antennas are a bit more utilitarian. Nevertheless, the ClearStream 2V is a top OTA antenna for 2017.

After that it is easily Insignia. It's an inexpensive, yet affordable option. While this over-the-air antenna isn't as snazzy looking as its counterparts from Mohu, the Insignia simply works. For this reason, it's a top OTA antenna for 2017.

And the next great contender that follows is General Electric GE, which appears on both lists. The reason GE makes a good OTA TV antenna is because they can. They are a big company and they create many products even for other companies. In fact, GE enjoys an untold number of government contracts, and like other companies on this list like RCA, they are a business that is almost an anatomical part of the market they compete inside.

Buying equipment of smaller brands when it is something easier for a customer to buy, it sometimes is safer to not go with generic brands. I often am reminded this when I get an extender HDMI cord that gives me an error that it cannot display "unauthorized content" and find out it came from another region of technical specifications and standards. This error is more likely to occur if you use too many extenders or connectors between a source and destination.

Although perhaps buying my best computer from a company that also makes parts for coffee machines might make me uneasy, an antenna is to me not the same thing. I would guess GE is more likely to make a higher standard of antenna simply because they also make and many times even install jet engine parts. There are many things GE does. So, they probably have a greater ability to snap together an OTA antenna than most the competition.

Number five is RCA, which also appears on both lists. The reason I believe RCA remains in the market is because even when they were the best they came to play with the rest. While many companies try to isolate their products from the market, sometimes even introducing proprietary hardware to monopolize demand for their products, RCA does no such thing.

Their niche was based on the RCA plugs everyone used on every brand and model of stereo when they became a standard. What brought them into the market helps them stay and rise into the market in other ways. Going to their website, you can see this quickly and easily by the fact they advertise their own version of a Roku TV. The reason I like to buy from RCA is they are a company that came compatible with everything out-of-the-box.

You can always see how your location matches up to the tools provided by websites selling OTA TV antennas on the FCC website. There are accessibility tools on the web page, available from the slide-out menu on the right-hand side.

It is wise to cross-reference any information provided by a seller. Most sellers realize their customers can do this, but sometimes the tool may not be providing the same results as another vendor's online tools. If you are going to spend money, it is a convenient tool provided by the FCC. For certain be sure to shop around for the deal you want for your OTA TV antenna investment.

Which OTA antenna is best in 2017? Final thoughts

With the dominance of cord cutting, there's no shortage of OTA antenna choices. Generally, the best OTA antennas in 2017 hail from Mohu. These are solid devices which will satiate the average user. From 30 mile range antennas to 65 mile sets, Mohu provides a lot of hardware. ClearStream is another excellent manufacturer, although it lacks the looks which Mohu provides. Still, ClearStream's devices are utilitarian and sport an incredible range.

To bolster your cord cutting and in addition to your antenna, try selecting a streaming service. DirecTV Now, PS Vue, and Sling TV are all excellent. Looking for a sweet DVR device? Try hooking up your OTA antenna to a WeTek Play 2 for streaming plus live TV.

Which OTA antenna options do you recommend for 2017?