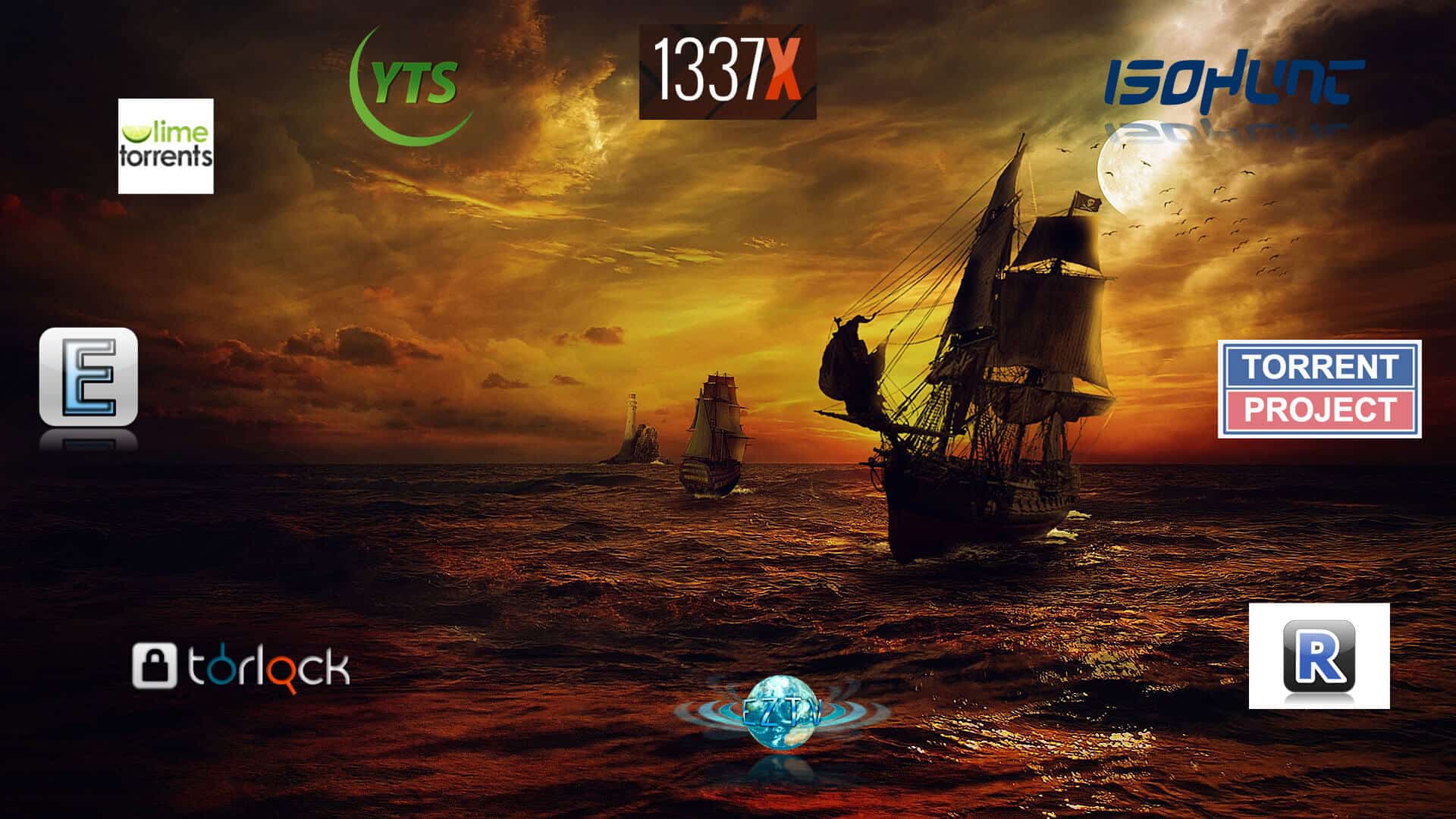 Torrenting sites fluctuate. It's common for torrent websites to go offline either briefly or long term. But while many torrent sites come and go, some remain steadfast. With an increasing legal crackdown, sites including the massively popular ExtraTorrent.cc permanently shut down. However, many torrenting sites remain active. Notably, Usenet is a very popular file sharing alternative to the BitTorrent protocol. Yet a torrenting with a virtual private network (VPN) or DNS remains the preferred method for many. Check out the best torrent websites 2017. [Read: 5 Best Usenet search providers for SickBeard and CouchPotato]

Although TPB went offline for a time it's back and on the original domain. The Pirate Bay provides access to loads of content ranging from movies, television, and music to software applications. Its huge library of content and dedicated userbase make TPB one of the best torrenting sites 2017.

Massively popular torrent site ExtraTorrent.cc went offline for good. One of the ExtraTorrent operators, known as SaM, issued a statement warning torrenters to stay away from fakes and clones. But a few days after its demise, ExtraTorrent was resurrected. Its new domain swaps out the .cc for a .cd. [Read: ExraTorrent shut down, comes back online - ExtraTorrent.cd rises from the ashes]

While the interface appears the same, it's the torrent data that makes ExtraTorrent.cd one of the best torrent sites 2017. The new iteration of ExtraTorrent is simply a the Pirate Bay mirror with an ExtraTorrent skin. Still, it's reliable and modern looking. Consider this as an alternative to TPB.

Like ExtraTorrent, Torrentz2 is a resurrected version of its predecessor, Torrentz.eu. Torrentz2 differs from the likes of ExtraTorrent and The Pirate Bay in that it's a torrent aggregate. So instead of searching one site, Torrentz2 is a meta-search engine. Currently, it indexes close to 6 million torrents from across almost 80 domains. [Read: CouchPotato vs SickBeard, SickRage, or Sonarr for beginners]

Due to its wide-reaching search engine capabilities, Torrentz2.eu is one of the top torrenting sites 2017.

Despite its decidedly dated appearance, Rarbg is a fantastic source for torrent downloads and one of the best torrent websites 2017. Rarbg was founded in 2008 and stays popular with a 249 Alexa ranking. Initially, Rarbg spawned as a Bulgarian tracker. Though the site itself hosts a smattering of content, it's a frequently seen tag on movies and TV shows. [Read: How to install RuTorrent on Docker using Kitematic GUI?]

YTS and YIFY were renowned movie and TV show torrent groups. While it's not affiliated, YTS successfully carried on the legacy. It's a website which focuses on video content. Moreover, there's an onus on high definition movies that balance quality and file size. Because of its excellent HD quality movie library, YTS.ag is one of the best torrent websites 2017 for film lovers.

EZTV launched as a TV-torrent distribution community. Though the original EZTV closed down in 2015, EZTV relaunched with a group that releases its own torrents. Like Rarbg, EZTV delivers a lesson in 90s web design. Nevertheless, it's a functional site and fantastic source of television torrents. For the wide availability of quality TV torrents, EZTV ranks amont the greatest torrenting sites 2017. [Read: Install RuTorrent Using Docker - A uTorrent-like BitTorrent client]

While certain torrent websites specialize like EZTV and YTS, 1337x follows the likes of TPB. Instead of one concentration, 1337x boasts a range of torrent content. On account of being blocked by search engines, 1337x created a new index page for only search information. This sort of proactivity proves why 1337x is one of the best torrent websites 2017. [Read: Manage torrents remotely using Transdome for Android]

Its design feels modern and captures a Google search engine aesthetic. At the bottom of the main search page are links to various categories of torrents like television, movies, games, and music.

ISOHunt has been around since 2003. This longtime torrenting website however shut down in 2013. But mirrors brought it back within a matter of months. ISOHunt.to carries on the legacy of its predecessor. Web design is pleasing with a modern layout and plenty of links to its categories like software, games, movies, music, and anime. A huge library and user group posit ISOHunt as one of the most recommended torrenting sites 2017. [Read: Install qBittorrent using Docker]

Its lime green accents evoke a nostalgic LimeWire vibe. But it's not merely this call back to LimeWire that makes LimeTorrents.cc one of the best torrent websites 2017. There's a thriving community and constant updates. Notably, LimeTorrents features loads of auto-aggregated lists of top movies torrents, TV torrents, and latest uploads.

TorLock sports a fresh appearance. On its homepage, popular torrents categories show the healthiest torrents by category. These range from newest torrents to segmented lists by category including TV, music, and movies. Additionally, at the top under its search bar is a header with trending keywords.

The modern design and layout and auto-generated lists of torrents make TorLock one of the top torrenting sites 2017.

Magnetico is a fairly new offering. Still, this site differs substantially from the likes of TPB and TorLock. Instead, Magnetico takes a decentralized approach. This personal search engine theoretically can't be shut down. It's self-hosted and anonymous. Magnetico makes use of BitTorrent's DTH and locates peers and content. With a concentration on anonymity and decentralizing torrents, Magnetico is one of the best torrent websites 2017.

Formerly OnTorrent.net, 01Torrent is an easy to use torrenting website. It's one of the best torrent website 2017 with an impressive 1.5M monthly visitors and higher than 10,000 Aleda ranking. The homepage features an array of hotlinks to categories like movies, TV shows, applications, and music. Below the header, you'll find a list of the latest releases.

While these are the best torrent website 2017, there are plenty of other options. Demonoid is still a viable option albeit slightly dated. KickAssTorrents is still kicking though it was shut down earlier. Zooqle is an awesome runner-up among torrenting sites 2017 as well. You may consider htpcBeginner's AtoMiC ToolKit 2.0 to automate your home theatre PC and torrenting set up.

Your turn: which best torrent websites 2017 do you recommend?