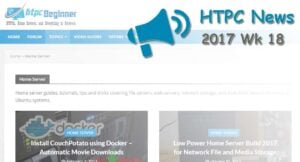 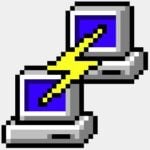 PuTTY SSH and Telnet Client Gets an Update

The massively popular SSH and Telnet client PuTTY debuted in 1999. But despite its longevity, PuTTY has yet to reach version 1.0. On April 29, PuTTY version 0.69 released. Among its main features, PuTTY 0.69 addresses security vulnerabilities related to Windows DLL hijacking. The latest iteration also patches bugs in 0.68 including MIT Kereberos support. Back on the Start Menu are jump lists. PuTTY may not be the only SSH client, but it's certainly one of the most used. In addition to PuTTY, these 10 SSH clients for Windows are excellent options for server management. [Read: How to install PuTTY on Windows?]

On May 3, 2017 a pirated version of Smurfs 2 appeared on private torrent trackers as reported by TorrentFreak. While this might not sound revolutionary, the format of the video is: a UHD (ultra HD) Blu-Ray Disc rip. This seems to be the first UHD Blu-Ray rip available. If so, this insinuates that AACS 2.0 encryption has been circumvented. That has yet to be seen. But the nature of torrents makes this information difficult to verify. Although torrents are plentiful, UHD or 4K content is difficult to come by. However if AACS 2.0 encryption has indeed been cracked, you can expect more UHD torrents to follow.

Downloading copyrighted content via torrents presents a security concern. Although there are means such as using a VPN to remain mostly anonymous, many torrent sites are littered with ads. Enter Skytorrents. It's a fresh torrent site that boasts an ad-free experience. What's more, Skytorrents features an onus on privacy for users. In a unique twist, users don't even need an account. The site eschews JavaScript, cookies, CDN, and even moderators. Furthermore, Skytorrents includes a tool to verify torrents as genuine. Site operators claim that 99.99% of torrents are legitimate, and tie number of torrents listed on Skytorrents is over 12 million. [Read: Install Cardigann using Docker - Additional BitTorrent Providers] 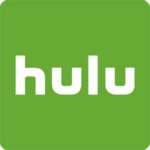 Whereas most other live TV streaming services are limited to live and on-demand content, Hulu's also includes the standard Hulu streaming service.  This makes its service an excellent value for the price. In its catalog Hulu features ABC, CBS, NBC, ESPN, and CNN among others. Plus there's the substantial catalog of movies and TV as well as Hulu originals. Cutting the cord is increasingly feasible with content from sources including these 20 essential Kodi addons for cord cutters. [Read: A cord-cutter's dream all-in-one: OpenFLIXR Media Server]

X-Files and videotape: The early days of internet piracy

There's a misconception that Internet piracy only existed recently. But a write up on CNET proves the contrary. Seamus Byrne recalls TV piracy in the 1990s. Particularly, Byrne recounts pirating episodes of The X-Files. Primarily this manifested in VHS tapes and Usenet communities. But early Internet piracy weren't the impersonal automated process seen today. Rather, a reliance on dial up speeds and clunky physical media fostered dedicated communities. Although forums like Reddit provide a space for community engagement, it's not quite the same as mailing a tape. It's neat discovering the history of pirating content and how online communities shifted along with the medium.

Introduction to SSH and htop for Linux Server Monitoring from Commandline