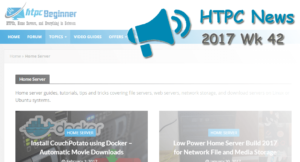 TickBox is a streaming media player which has garnered the ill will of movie studios, as well as Amazon and Netflix. It's an Android 6.0 box that sports Kodi. Instead of hosting content, TickBox TV features an aggregate search that finds streams for users. However, TickBox uses pirate streams to allow access for consumers. As such, there's been a lawsuit over the illicit streaming device. Luckily, there are plenty of legal Kodi boxes and fantastic Plex client devices for your streaming needs.

Media server software option Plex just keeps getting better. With its VR capabilities, live TV options, and more, it's a fantastic piece of software. Now, Plex unveils its Android Auto for simple server-based music streaming. This feature makes it incredibly easy to stream music content in your car for compatible in-car audio systems. With this, you essentially have your own personal Spotify.

VidAngel, a streaming service, recently filed for bankruptcy after long legal struggles with studios. Their operations involved selling edited and encrypted DVDs to users that watched the videos online, then having those sold back to VidAngel for $19. Thus, it offered $1 rentals to consumers. But this came as a direct violation of the DMCA.

Kodi box landmark court case: Trader to be sentenced for selling boxes, as he still insists he was doing nothing illegal

In a massive move, a seller of Kodi boxes that came preloaded with illicit streaming addons has been sentenced. This sets a new standard in cracking down on pirate streams. Thankfully, there are loads of legitimate Kodi addons (PSA: Kodi is legal, only some third-party addons are illicit).

How to install Indigo addon on Kodi: Maintenance, Streaming and more