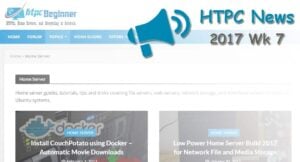 Welcome to the htpcBeginner HTPC News Roundup, Feb. 17, 2017 edition! Awesome HTPC advancements include Plex and Alexa integration, a guide to installing Headphones using Docker, and a rumored 4K capable Apple TV. Read on for the latest in HTPC news and updates! 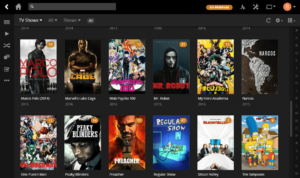 Plex is one of the most popular current media players. Automation continues to grow in the tech space, from Internet of Things (IoT) devices and smart homes to HTPC automation with the likes of CouchPotato, SickRage, and our own AtoMiC. A Feb. 2017 update brought Alexa functionality to Plex. Now Plex users can ask Amazon's Alexa to play movies, TV shows, and music. The addition of voice commands further strengthens the already fantastic Plex feature set. Alexa-powered devices include the Echo speaker, Fire TV, and Fire Tablet. Therefore you've got plenty of options to fire up Plex using voice commands.

Cord cutting keeps expanding, and luckily it's more and more feasible to break free. HDHomeRun and Google have joined forces to deliver over the air (OTA) live channel DVR to Android TV. NVIDIA SHIELD and Nexus Player owners with a current-gen iteration of an HDHomeRun may begin recording live TV. Granted, there are several prerequisites and you can't record DRM-flagged cable content. But nevertheless, this exhibits the growing trend of cord cutting with support from major tech giants. [Read: Quick NVIDIA SHIELD TV 2 Review: re-design worth looking at]

Kodi is Not a Piracy Application 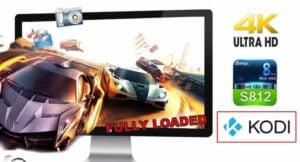 Recently there's been a misconception that Kodi is a piracy application. Sites like the BBC, the Birmingham Mail, and The Mirror each dubbed Kodi piracy apps and claim that it enables users to watch video content illegally. Thankfully sites like How to Geek have come to Kodi's defense.

The Next Apple TV Will Be 4k

According to Bloomberg's Mark Gurman, the next Apple TV iteration will sport 4K video and maybe even HDR. Aside from the addition from 4K and potentially HDR, the forthcoming Apple TV should remain largely the same. Considering 4K capable devices from the likes of Roku and Amazon, an Ultra HD Apple TV was inevitable. Notably, the Apple TV is one of the top 5 best Plex client devices for 2017.

Stremio is a multipurpose streaming app, and excellent addition to your HTPC. While it's centered on streaming video, it's not meant to replace your subscriptions to services like Netflix, Hulu, and Amazon. Rather, it's intended to bolster the streaming experience through its live TV and aggregate search. While Stremio features native Linux, macOS, and Windows installers, its mobile apps are rapidly evolving. Stremio for Android gained Chromecast support. Therefore you can cast straight from your phone. This extends the HTPC experience making it cross-platform. [Read: Complete Stremio Review and Usage: Different from Kodi and Plex]