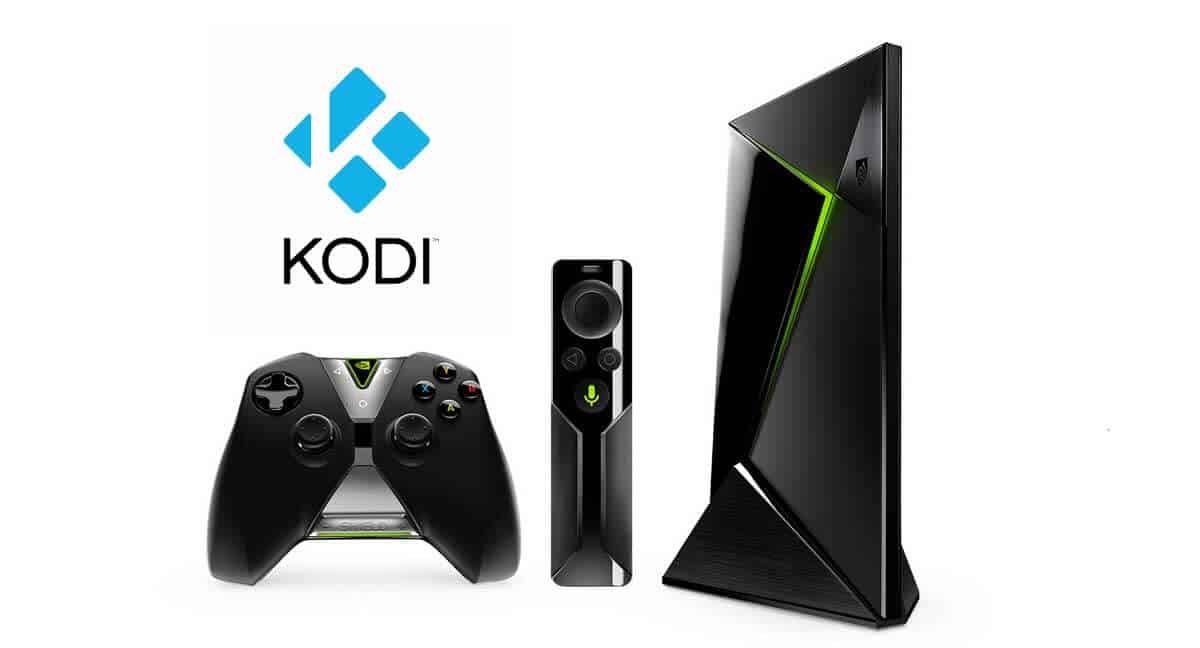 The easiest way to install Kodi on Nvidia Shield TV is through the Google Play Store. All you need to do is open Play Store, search for "Kodi" and install the app, as shown below.

At the time of writing this guide the Kodi version on Play store is 16.1. However, Kodi 17 Krypton Release Candidate is out and it appears very stable. If you want the latest development version of Kodi then you will have to sideload Kodi on Nvidia Shield TV. [Read: 7 Nvidia Shield TV Tweaks to Perform After Initial Setup]

Head over to the Kodi download page, and download the 64bit version of the Kodi APK for ARM devices into a USB drive. The exact Kodi APK file to download for Nvidia Shield TV 2 is shown in the picture below.

2. Open the USB Drive with Kodi APK on Shield TV

Insert the USB drive with the Kodi APK file into one of Shield TV's 2 USB ports. Then, open ES File Explorer and open the USB file contents, as shown in the picture below.

Using a wireless keyboard and mouse combo to navigate through ES File Explorer can make the process even simpler.

In the USB Drive contents, find the Kodi APK file you downloaded in Step 1 and select/click it to open the App Installer, as shown in the picture below.

When prompted, select "Install" to install Kodi on Nvidia Shield TV 2017, as shown in the picture below. If the installation finishes successfully, you should see a confirmation message as what is shown in the screenshot below.

Kodi app is recognized by Android TV and so, Shield TV will automatically create a Kodi shortcut icon on the homescreen, as shown below.

While the Shield TV does create homescreen icon, I strongly suggest using one of the 3 best Nvidia Shield TV launchers. Doing so will make launching other sideloaded unofficial apps easier, which do not show up on homescreen. That is all there is to it. You make take your Nivida Shield Kodi box further by installing one of the many Kodi addons listed above. Go ahead install Kodi on Nvidia Shield TV 2017, the best Android Kodi box, and enjoy streaming videos.