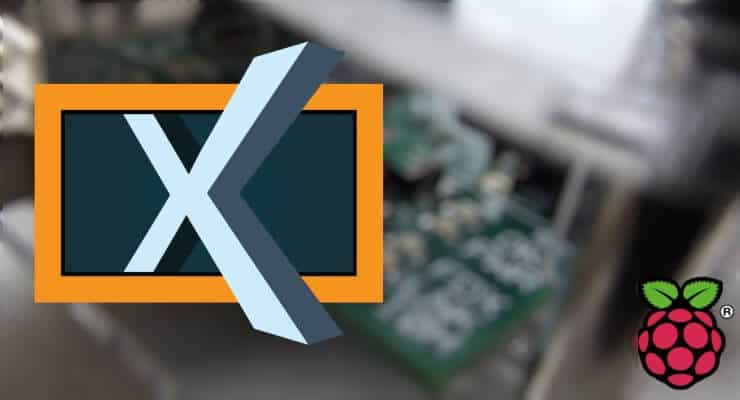 XBian is a small, fast, and lightweight media center distribution for the Raspberry Pi. It is based on the Debian Linux distribution and the main focus for the team is to offer the fastest Kodi solution for various small form factor computers. One of the main attractions, when you install XBian on Raspberry Pi, is the fact that you are basically running a Debian distro. This allows you to easily install other services on the same OS and turn your Raspberry Pi XBian installation into a small form-factor server. As a result, you can install services like Sonarr and Sickrage to automate your media downloads, and also a download client like Transmission. [Read: Setup SickRage Download Server with Raspberry Pi 3 – TV Show Downloader]

Although we're focusing on an XBian Raspberry Pi setup, there are many flavors of XBian available for multiple devices. You may use XBian to build a cheap 4K HTPC for Kodi, OpenELEC, and LibreELEC or a budget HTPC-NAS combo using an old PC.

If you want to learn more about the team's plan for XBian, visit their website.

In order to install XBian on Raspberry Pi 3, we first need to visit the download section of the XBian website. Scroll down until you reach the Raspberry Pi 3 section, then select the latest version link to download the image file, like shown in the image below.

While the XBian image is downloading, we need to download an app for writing the image to the SD Card. I am using Etcher because it also performs validation after writing the .img file and it has an intuitive interface. To download it, navigate to the etcher.io site and click on the arrow next to the Download for Windows button. Select the portable version for Windows.

After downloading both archives make sure you extract them so you have the XBian .img file and the folder for Etcher like in the screenshot below and proceed with the XBian Raspberry Pi setup.

Next, plug the SD Card in the computer, go to the extracted Etcher folder, and double click on Etcher.exe to open it. When Etcher is open, select the XBian image. Next, select the SD Card you previously inserted and click Finish to start writing the image as shown in the picture below.

Wait until you get the "Flash Complete!" confirmation that the image has been flashed successfully then take your SD card out and plug it into your Raspberry Pi 3.

Next, connect the power cable to the Raspberry Pi and the XBian boot process will begin. Now all you need to do is wait for the XBian Raspberry Pi setup to run, then go trough the basic configuration. The first boot sequence usually takes about 5 minutes. However, after the first boot, the next restarts will be faster. [Read: A simple yet awesome IR Raspberry Pi remote control for $5]

Xbian Raspberry Pi setup is done. What to do next?