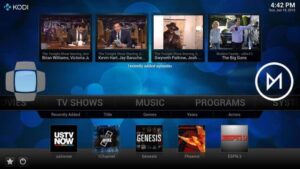 While both OSMC (Open-Source Media Center) and OpenELEC (Open Embedded Linux Entertainment Center) can run a Raspberry Pi 2 media center, it is important to understand that OpenELEC and OSMC are built differently. OpenELEC vs Raspbmc 2015 (aka OSMC), is built for one thing: run a Kodi media center. OSMC on the other hand has full Debian OS underneath, which means OSMC can do much more than just run Kodi. With that clarified, let us look at OpenELEC OSMC comparison.

Both OSMC and OpenELEC were left at their default clock settings of 900 MHz on a Class 10 micro SD card. [Read: What you need to know about overclocking Raspberry Pi]

For improved performance over network, both used the same MySQL video library of ~300 movies and ~1000 TV show episodes located on a NFS Share. [Read: Install and configure NFS server on Ubuntu for serving files]

Even though Raspberry Pi only uses about 2-3 Watts of power and it costs less than $10 to keep it running for the whole year, some people may prefer to turn on and off as needed. Boot speed is important in these situations. Below are the number of seconds for Raspberry Pi 2 running OpenELEC or OSMC to boot up and display the home screen. These numbers are rounded up to the nearest second (anything less than that, in my opinion, is not worth fussing over). For comparison, I have included Raspbmc and OpenELEC boot speeds from my previous comparison on Raspberry Pi 1 Model B 512 MB.

The difference due to the faster processor on Raspberry Pi 2 vs Raspberry Pi is clearly visible. While the numbers may show that OpenELEC boots faster, visually this was no different. In my opinion, OpenELEC vs OSMC boot speed difference is negligible and should not be a deciding factor in choosing an OS for Raspberry Pi 2 media center.

There may be differences in the speed of importing existing library. But in my opinion, looking at the time taken for an one-time activity to compare OSMC vs OpenELEC is a wrong approach. After a library of ~300 movies and ~1000 TV show episodes were imported and synced with Kodi MySQL library, the operational speeds were not noticeably different. The OSMC skin, although simple but more featureful than Confluence skin, was as responsive as OpenELEC with Confluence skin. Opening the media library for the first time resulted in a thumbnail appearance delay on both OSes. Once the thumbnails were formed, the interface was snappy. [Read: 10 Tweaks to improve XBMC performance on Raspberry Pi]

OpenELEC uses the default Kodi Confluence skin. OSMC on the other hand uses a custom skin, which seems to be inspired by the Mimic Skin, which we think is one of the top Kodi skins. 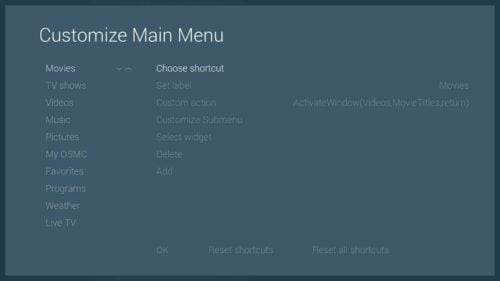 Navigating through the new OSMC skin was a bit confusing. Several options in all windows are in white color, while the currently selected item was also highlighted in white (unselected ones in gray). At times I wasn't sure of my selections. Furthermore navigating through My OSMC menu was a little bit inconvenient and the lack of icon names or tips made it worse. Of course, once you are used to it and learn the icons this is a non-issue. 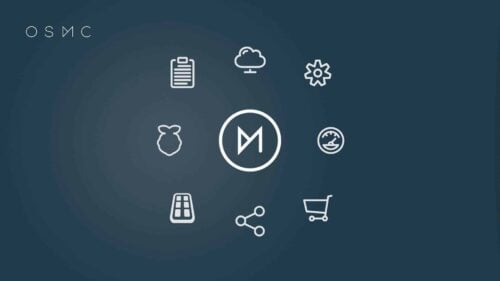 But the good thing is all these things are minor and can easily be taken care of by switching the Kodi skin to the default Confluence skin. May be I am biased due to my familiarity with Confluence skin, but out-of-the-box, I believe OpenELEC was slightly better.

Winner: OpenELEC (I am inclined to call this a tie)

When it comes to options and features OSMC is better than OpenELEC. This is not surprising considering the protective approach taken by OpenELEC. OpenELEC intentionally makes it harder to make system-level changes to ensure security and stability. For example, overclocking OpenELEC can be cumbersome while it is easily accomplished from within OSMC menu. 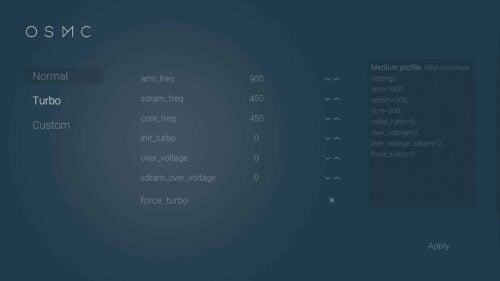 Similarly, OSMC also provides easy access to Raspberry Pi hardware settings. OpenELEC on the other hand can be quite limiting to users who desire to do more with their Raspberry Pi 2 setup. Unlike OpenELEC, OSMC can be extended further with Apps. At this point only, SSH, FTP, TVHeadend, and Samba are available but I am sure more will be added later. Accessing the OSMC App store requires an active internet connection. 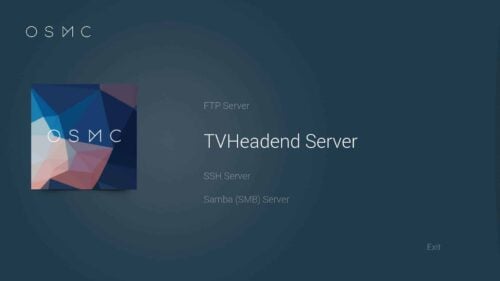 Another neat feature I found in OSMC was presets for several of the remotes. If you have one of the many listed remote controls, you can configure your controls with just one click. [Read: A simple yet awesome IR Raspberry Pi remote control for $5] 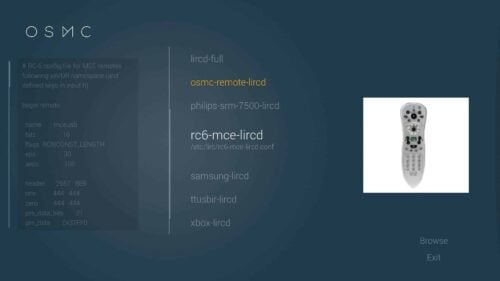 The above are just some examples. OSMC has several additional features, the details of which are outside the scope of this article. But OpenELEC vs OSMC options and features comparison has a clear winner.

This OpenELEC vs OSMC comparison shows only screenshots of OSMC because OpenELEC is already quite well documented in my previous comparisons. Speed differences of OSMC vs OpenELEC is virtually non-existent. In my opinion, OSMC and OpenELEC are targeted at different audiences. OpenELEC takes a conservative approach and does an awesome job at providing barebones Kodi media center. Due to this reason OpenELEC is less resource hungry. OSMC, built on Debian OS, is more flexible and allows for installing other packages. So if you want a "set it and forget it" type media center and nothing more than a media center, go with either OpenELEC or OSMC. With these 20 best Kodi addons, both OSMC and OpenELEC can make a great Raspberry Pi 2 media center. But if you are looking for ways to do more than just playing media and want more control over the hardware, without a doubt, go with OSMC. Hopefully, this OpenELEC vs OSMC comparison provided you enough information to make your choice easier.