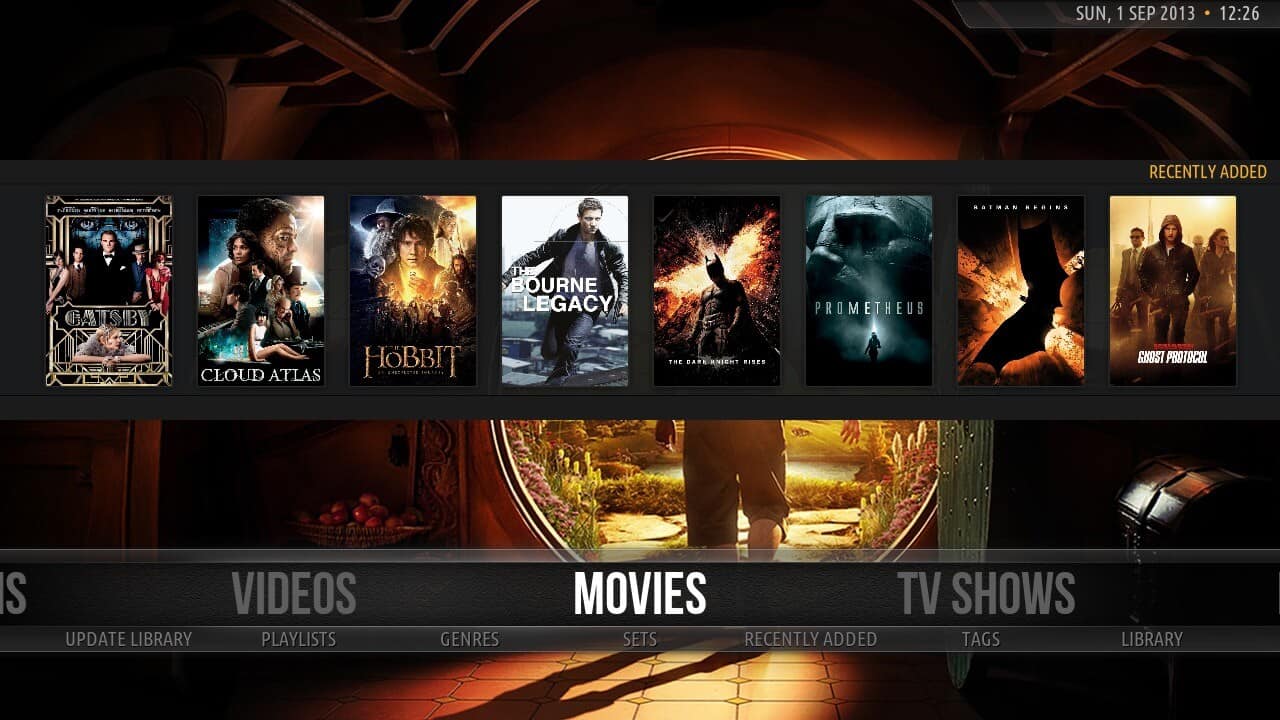 In this post, we present the 5 best Kodi skins in 2015 for a stunning media center. Let us face it one of the biggest benefits of having an amazing skin is showing off and impressing your friends. Previously, we presented 5 best XBMC skins for Raspberry Pi, which has limited raw power. But what if you have built a powerful HTPC or converted an old PC into a Kodi HTPC and want to make use of it to sport a stunning skin for your Kodi / XBMC media center? This post may help you pick the best Kodi skin to enhance your media center. [Read: 5 Must try Kodi skins for Amazon Fire TV]

Perception is reality and great XBMC Kodi skins give you and your friends the perception that your media center is awesome. Apart from the looks, skins let you customize your media center to your liking. For example, adding shortcuts, rearranging menu items, etc. that can help you navigate through your media center faster. Without further ado, let us look at 5 6 best Kodi skins that can enhance the looks as well as your experience. [Read: 15 XBMC keyboard shortcuts you should know]

Confluence, the default Kodi skin is still the king of the hill. In our survey, more than 40% of the Kodi users still preferred the Confluence skin. This is not surprising considering this is one of the highly optimized skins that runs well on almost any hardware, including the first generation Raspberry Pi. [Read: Raspberry Pi vs Amazon Fire TV for Kodi media center]

Confluence skin has the right amount of features and looks that make it amazing in an uncomplicated way. Therefore, it is still the best Kodi skin and preferred by 43% of the surveyed readers.

The next best skin preferred by Kodi users is Aeon Nox. Aeon Nox looks amazing yet it is quite lightweight. The biggest strengths of Aeon Nox skin are menu customization, library views, and stunning looks. While quite lightweight, it still requires a decent hardware and would run much better on the new Raspberry Pi 2.0 than 1.0.

Aeon Nox is available through the Kodi default repository and is easy to install through Settings -> Appearance - Skin -> Get More. About 18% of our readers prefer this skin, making it second to Confluence skin.

Amber is my favorite XBMC Kodi skins for low power hardware such as Raspberry Pi 1.0. It hits an amazing balance of aesthetics and performance. It is very lightweight yet featureful. One of the best features of Amber skin is the Home Shelf that offers several customization options. My favorite feature is the ability to create shortcut to my frequently accessed Kodi addons. [Read: 20 Best Kodi addons in 2015 to help you cut the cord]

Amber is not as customizable as Aeon Nox or Aeon MQ but it also does not work the hardware to the level of those 2 skins. Nearly 15% of the readers preferred this skin, making it third on the list of best Kodi skins.

Originally this list had only 5 Skins. But commenter Scott Wallace suggested Mimic Skin. I tried it and was blown away. Both my Fire TVs and my HTPC are now running Mimic Skin. Mimic combines the features of Aeon Nox and reFocus skins. In my tests, I found it to be very responsive and fluid. I did not hesitate to move it up to fourth on my list. Definitely worth a try even on low power devices such as Raspberry Pi.

Mimic skin is available to install through the Official Kodi skin downloads repository and can be installed easily from within Kodi settings.

Eminence is a Kodi skin that seeks simplicity, functionality, and elegance with a modern look. In my opinion, it hits that sweet spot very well. Like Amber, Aeon Nox, and Aeon MQ, Eminence also allows playlists and favorites to be added to the homescreen. On overclocked Raspberry Pi 1.0 I did not notice any major performance issues. [Read: 10 Tweaks to improve XBMC performance on Raspberry Pi]

Eminence has been receiving a lot of attention recently as one of the best Kodi skins. It is available to install through the Official XBMC skin downloads repository and can be installed easily from within Kodi settings. If you have skinning abilities, headover to its Git repository and help make it better.

Aeon MQ skins are among the best Kodi skins and are known for their looks and customizability. The level of customization can be set based on hardware capabilities. While initial releases were quite hardware intensive, recent releases have been lightened a little bit without feature loss to fit compact and low power Kodi boxes. I would still not recommend running Aeon MQ on an Android TV Box or Raspberry Pi 1. But it can be a great skin for Kodi on a HTPC (especially in a living room / entertainment room).

Aeon MQ 5 is available in the official Kodi repository which is included by default in Kodi. If you have a decently powerful HTPC then install and try Aeon MQ5. Its advanced customization options are probably unmatched. [Read: 5 Kodi advanced settings I always use on media centers]

Trying to list 5 6 best Kodi skins out a several 10s of skins is a challenging task. The list above may not fit everybody's needs. For example, if you are looking for Spouse Acceptance Factor (SAF) then the Aeon skins probably won't fit you but Confluence, Amber, and Eminence could. Quartz skin is also extremely simple and uncomplicated and has high WAF. Another skin that is gaining some popularity is Nebula and is worth trying. But hopefully, this list gives you a preview of some of the top Kodi skins available today and you simplifies your search.