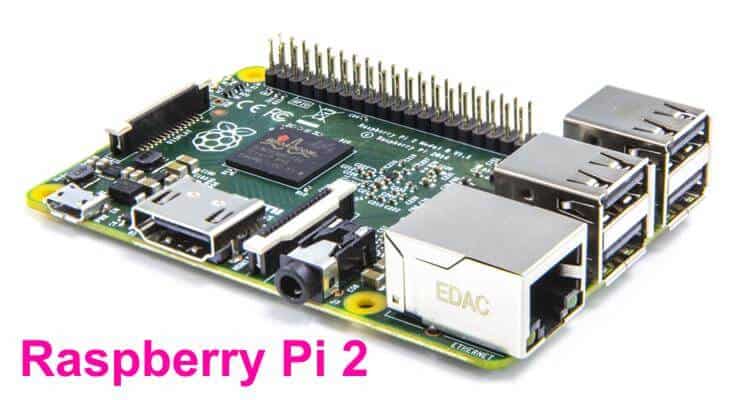 The BCM2835 chip from Raspberry Pi B model has been replaced with Broadcom BCM2836 chip with 900MHz quad-core ARM Cortex-A7 complex. To enable best possible compatibility and less painful transition to the Raspberry Pi Model 2, everything else has been kept the same compared to Raspberry Pi Model B+. That means the new Raspberry Pi model will have 4 USB ports as well.

The new RPi 2 will have 6 times the CPU performance and twice the RAM, cost the same $35, but will have same form factor as the Raspberry Pi 1 model B+ and can still run from a 5V micro-USB power adapter. With this configuration, Kodi experience on Raspberry Pi should improve drastically. [Read: Raspberry Pi vs Amazon Fire TV for Kodi media center]

For Windows enthusiasts, here is a great show of support from Microsoft: not only will you be able to install Windows 10 on Rapsberry Pi 2 but you can get a Raspberry Pi 2-compatible version of Window 10 free of charge through the Maker community Windows Developer Program for IoT.

To install operating system on Raspberry Pi 2 you will need updated NOOBS or Raspbian image. Head over the the Raspberry Pi downloads page and get them. In the downloads page you will also find a Snappy Ubuntu Core image (currently alpha 2). As for other media center operating systems such as OpenELEC, OSMC, Raspbmc, or XBian, we will have to wait a little bit for the updates to come through. But rest assured, they will be here soon, thanks to little no compatibility issues between Raspberry Pi 1 and 2. [Read: The Ultimate Guide to Raspberry Pi OpenELEC Media Center Setup]

Go ahead and purchase the all new Raspberry Pi 2 and upgrade your media center.