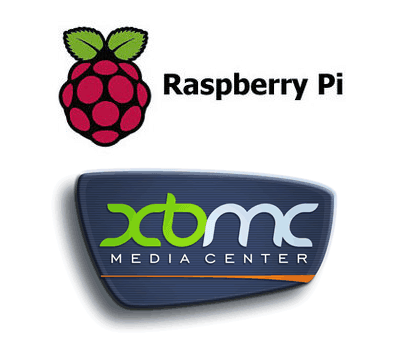 Raspberry Pi is an extremely low power and ultra-compact (credit-card sized) computer board that is gaining a lot of attention due to the numerous creative application at very low power consumption. The current version of Raspberry Pi (ver B) supports Open GL 2.0, 1080p H.264, 512MB RAM, 10/100 BaseT ethernet, HDMI, 2 USB 2.0 ports, RCA video out, 3.5 mm audio out, SD Card socket (bootable), and is powered by microUSB. While it could be used for common PC applications, what makes it exciting for home server enthusiasts is the possibility of using it as a compact media player to play even 1080p videos. Based on this concept several media center operating systems, mainly utilizing Linux and XBMC, have been developed in the recent time. In this post, I will introduce 4 great media center software for Raspberry Pi (operating systems to be accurate). 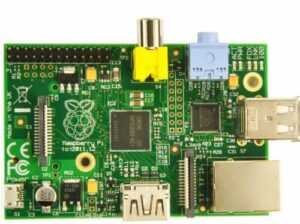 While you can several different operating systems, including Arch Linux and Pidora (based on Fedora), currently there are only 4 media center software for Raspberry Pi.

OpenELEC is a lightweight operating system that can support high-definition content on machines with low-powered processors. This allows one to build small, silent machines to be effectively used as a media center. OpenELEC is built from the ground up specifically for one task, to run XBMC. Other operating systems are designed to be multi-purpose, so they include all kinds of software to run services and programs that won't be used. OpenELEC, however, only includes software required to run XBMC. Because of that it's tiny (100MB) and installs in seconds - literally - and boots extremely quickly (about 20 seconds normally).

OpenELEC not based on any Linux distribution and has been built from scratch specifically to act as a media center. It is designed to be managed as an appliance: it can automatically update itself and can be managed entirely from within the graphical interface. Even though it runs on Linux, you will never need to see a management console, command terminal or have Linux knowledge to use it. Some of its key features include:

Raspbmc is a minimal Linux distribution based on Debian that brings XBMC to your Raspberry Pi. Raspbmc is brought to you by the developer of the Crystalbuntu Linux Distribution, which brings XBMC and 1080p decoding to the 1st generation Apple TV. Here’s why you might like Raspbmc:

The last of the media center software for Raspberry Pi is GeeXbox. GeeXboX is a free and Open Source Media-Center purposed Linux distribution for embedded devices and desktop computers. GeeXboX is not an application, it’s a full-featured OS, that one can boot as a LiveCD, from a USB key, an SD/MMC card or install on its regular HDD. The GeeXboX distribution is lightweight and designed for one single goal: embed all major multimedia applications as to turn your computer into a HTPC. GeeXboX runs on x86, PowerPC and ARM devices.

GeeXbox was recently ported to Raspberry Pi. Some of its notable features include:

GeeXbox has not been officially released for Raspberry Pi yet. It is still undergoing development and may have bugs. But if you are bold enough, you can try one of the latest snapshots from the development tree.

Which one is best?

You will find that most reviews and comparisons conclude that this is a matter of personal preference. I agree with them. With the installation of these operating systems being so simple why not try each one out and then decide for yourself? Or try NOOBS (New out-of the box software), which allows you to switch between different operating systems. With that being said, my first choice would be OpenELEC as I (and others too) have found it to be most fluid. Of course, this is only at this point of time. Development on each of the 4 media center software for Raspberry Pi are happening at a very rapid pace and you will find that all three of them offer similar features.

If you have not tried Raspberry Pi, its time to try it and build your own HTPC for less than $50 with one of the above media center software for Raspberry Pi. Enjoy!