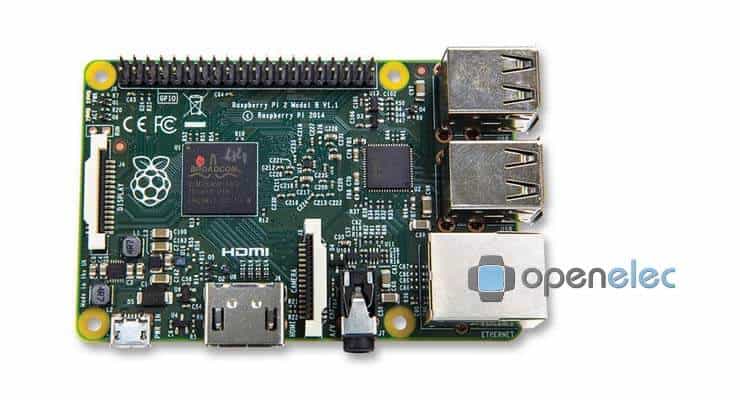 OpenELEC enables running Kodi on Raspberry Pi 2. There are multiple ways to install OpenELEC on RPi 2. While you could use NOOBS, this guide shows you the step-by-step screenshot guide to get your Raspberry Pi 2 OpenELEC up and running quickly. I recommend that you recommended all the Raspberry Pi 2 accessories ready before you start. Remember unlike RPi 1, RPi 2 requires as micro SD card. In this tutorial I am using a 8 GB micro SD card.

OpenELEC setup on Linux creates all required partitions automatically. Unfortunately, on Windows OpenELEC setup requires you to manually create the partitions. For this I recommend the free MiniTool Partition Wizard. Download, set it up, and open it. We are going to create 2 partitions:

Using the partition wizard, first delete all existing partitions on the SD card. Then create a new SYSTEM partition as shown below:

After creating the two partition your SD card partitions should look something like this:

Now your SD card is ready for RPi 2 OpenELEC installation.

Once downloaded, extract the .tar compressed file. You may need 7zip or other similar programs to extract .tar file on Windows.

To install OpenELEC on Raspberry Pi 2 on Windows, navigate to the extracted OpenELEC folder, in this example OpenELEC-RPi2.arm-5.0.8, and copy the following files to the root of the SYSTEM partition on the micro SD card.

After copying, rename the file KERNEL to kernel.img. The SD card base folder should look like the screenshot below. Don't worry about the cmdline.txt file because that needs to be created as described below.

Now in the SD card base folder create a file called cmdline.txt, copy the following content, and save it.

That is it. Your RPi 2 OpenELEC Kodi media center is ready to boot. Eject the SD card pop it into Raspberry Pi 2 and go through the initial setup. You may want to check out the following posts to take your Raspberry Pi 2 XBMC / Kodi system to a new level:

Go ahead install OpenELEC on Raspberry Pi 2 Model B and enjoy the low-energy but powerful Kodi experience that RPi 2 has to offer.