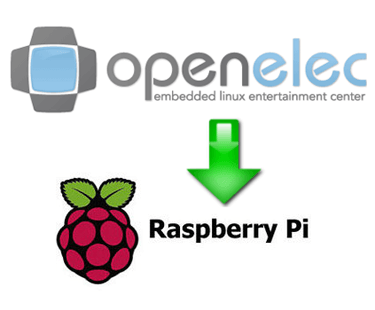 OpenELEC is one of the four media center operating systems available for Raspberry Pi. In this post, I will explain how to install OpenELEC on Raspberry Pi using a computer running Linux. OpenELEC has quickly become my favorite operating system for my Raspberry Pi media center. In my recent comparison of OpenELEC with Xbian and Raspbmc, OpenELEC was the clear winner with ease of installation, speed, and performance. Some people might feel OpenELEC might be a bit restrictive but I think that the benefit is a much stable system. While you could also install OpenELEC on Raspberry Pi using NOOBS, some people might find installation on a Linux system is much simpler.

Download the latest version of OpenELEC build available for Raspberry Pi. Visit this page, scroll down to the Raspberry Pi builds, and download the current version (as .tar file).

Open terminal and issue the commands below one at a time. First, cd into the folder where you downloaded the OpenELEC tar file. Typically, files are downloaded in to the "Downloads" folder on Ubuntu (unless you specified a different location). Then extract the tar file and cd into the OpenELEC folder.

At the time of writing this post the latest version of OpenELEC was 3.2.4. Replace "3.2.4" in the above commands with the version number in the tar file you downloaded. You are now ready to install OpenELEC on Raspberry Pi.

If you have not already done so, I suggest that you consider purchasing the recommended accessories for the Raspberry Pi media center. One of the most important accessory is a good and compatible SD Card. Insert the SD card into the slot and identify its path. This step is very critical as specifying a wrong device path could wipe out data in the wrong drive. To determine the correct device path for the SD card, issue the following command in the terminal window.

Sometimes, SD cards can appear as mmcblk0 with suffix pX, where X standards for partion number. In such cases, replace sdb with mmcblk0 in the above command.

Issue the following command to install OpenELEC on Raspberry Pi.

Replace "sdX" with the device id (in this case sdb) of the SD card you determined above. Let the installation proceed and come to completion.

Before closing all windows, ensure that OpenELEC was installed successfully by issuing the following command:

That is it. You may now remove your SD card, insert it into your Raspberry Pi, and proceed with configuring OpenELEC. Go head install OpenELEC on Raspberry Pi and enjoy your media center.