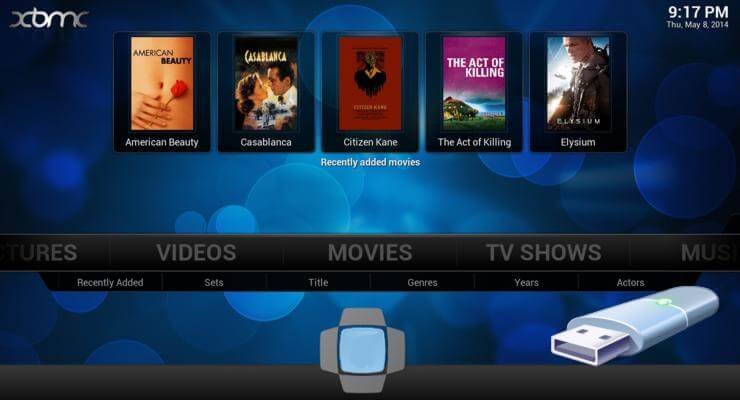 I was getting a bit tired of sluggishness (compared to my HTPC and Raw Mini) on my Raspberry Pi units. So I wanted to overclock it to max with 1000 MHz arm_freq, 500 MHz core_freq, 500 MHz sdram_freq, and 6 V over_voltage. To avoid SD card corruption and to give it a bit more performance boost, I decided to install OpenELEC on USB stick.

Essentially installing OpenELEC on a USB stick means installing the system files on the SD card and the custom files (/storage), including XBMC folder on the USB drive. This has an added advantage that any time you you update / upgrade OpenELEC you won't lose the configuration data. [Read: Enable and configure OpenELEC Samba share on Raspberry Pi]

To install OpenELEC on USB stick, on the software side, you will need a partitioning tool to partition your USB stick and SD card. On windows, the free MiniTool Partition Wizard is a great option. [Read: 5 Best Raspberry Pi Wifi adapters for you media center]

Next, create a EXT4 primary active partition on the USB stick or just use the entire USB stick. Label the partition as STORAGE. [Read: 10 of the Best XBMC Addons in 2014]

To install OpenELEC on USB stick, you will have to copy a few files from the extracted compressed file to the SD card. From the extracted root folder, copy the following two files to the root of the SD Card:

Then, copy the following files from the folder target to the SD card's root directory:

Next, from the 3rdparty/bootloader folder, copy all the files to the SD Card's root:

In the root of the SD card, create a file called cmdline.txt and add the following line to it: