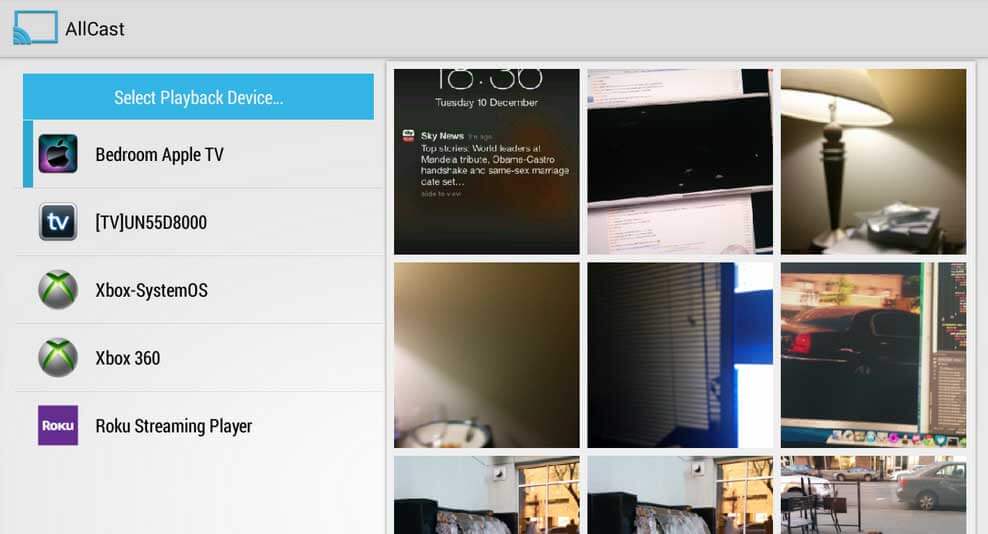 Want your Chromecast to play locally-stored content on TV? AllCast may be a solution. You may remember from our recent post that Chromecast is one of the best client devices for Plex. The Allcast Android app lets you send photos, music, and video stored on your Android device to your television. Besides Chromecast, the app also supports Amazon Fire TV, Xbox 360, Apple TV, Xbox One, Roku, Samsung Smart TVs, Panasonic Smart TVs, WDTVs, and DLNA Renderers. 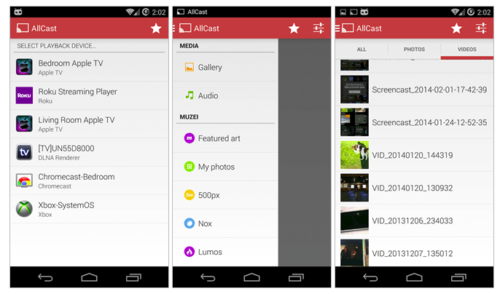 Although there are other apps that claim to provide similar functionality, what makes AllCast special is the fact that it is developed by Koushik Dutta, aka Koush, one of the premier developers for the Android platform and the mastermind behind apps like ClockWorkMod recovery. He started working on the app after Chromecast device became one of the biggest hardware hits last year. At that time, the Google’s dongle worked only with a handful of top Android applications, including Netflix, Hulu Plus, YouTube, Pandora, and more. [Read: 5 Must have Android apps for HTPC or Home Server control]

Originally named AirCast, the app was born in mid 2013, but a beta version of the app was released in December last year. Since then, Allcast has been through various updates, bug fixes, and other changes, and has evolved into something far more than the Chromecast streaming app it began as.

After receiving a lot of criticism, the search giant finally opened up its Cast SDK in February this year, allowing developers to build Chromecast support into their third-party apps and websites. Ironically, a member from Chromecast team itself asked Koush to add back the support.

The app provides a lot of features, some of them are listed below:

Here is a video from Koush that explains how the app works:

If you like the idea of streaming local content on your TV through Chromecast, AllCast is worth trying out. At present, the app is available in free as well as paid versions. While the former includes barriers like advertising, splash screens, and a 5 minute viewing limit on pictures and videos, the latter is a full version that you can buy for $5. You can download the latest free and premium versions of the app from Google Play. For troubleshooting, refer to AllCast-Wiki.

Himanshu Arora is a freelance technical writer by profession but a software programmer and Linux researcher at heart. He covers software tutorials, reviews, tips/tricks, and more. Some of his articles have been featured on IBM developerworks, ComputerWorld, and in Linux Journal.