In a major deal, Assa bloy opts to purchase smart home start up August Home. As CNBC reports, August considers the likes of Amazon, Google, Nest, and Airbnb its partners. Investors such as Venture Partners and Qualcomm have backed August.

The Stockholm-based Assa Abloy which owns Yale locks is set to acquire August Home. Because of its new acquisition, Abloy will gain a start up focused on Internet -enables locks. This is huge news for the smart home security sector.

Intel wants to be inside your Alexa devices 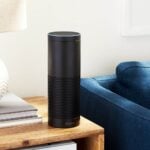 Amazon's Alexa smart assistant is everywhere. UE recently announced two speakers with Alexa functionality. But as CNET reveals, Intel wants Alexa inside devices. As such, Intel has a forthcoming Alexa developer's kit. This marks a further advancement into the smart home and IoT space.

Among the most popular IoT kits are the Raspberry Pi, and Intel's Edison. With an Alexa dev kit, hopefully we'll see more Alexa-centric skills and potentially additionally Alexa-enabled hardware.

Although it remains a tech giant, Microsoft's Windows Phones failed, and Cortana hasn't quite witnessed the success of Alexa, Google Assistant, or Apple's Siri. Nevertheless, Microsoft continues its Cortana support with a push for its smart home skills. A Connected Home feature for Cortana rolled out on Android, iOS and Windows 10. With this, users may control smart devices from the aforementioned platforms after connecting Cortana to IoT gadgets. The Connected Home functionality is compatible with the Harman Kardon Invoke smart speaker. Reportedly, the Microsoft is collaborating with the likes of Ecobee and Honeywell, as well as debuting IFTTT capabilities. 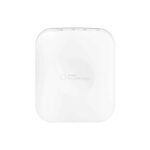 With its devices such as SmartThings, Samsung continues to dabble in smart home tech. Business Insider allows that Samsung won't cease in its smart home push. Rather, Samsung plans to double down on its connected devices. Samsung first purchased SmartThings in 2014, and as of 2017 there's a lot more SmartThings development going on such as USBs for the Nvidia Shield TV.

Smart home gadgets are incredible useful. Particularly, Chicago Tribune explains how smart home products help those with disabilities. Among the many uses, voice assistants can be really helpful, and smart security devices are essential as well. For instance, without having to get up, you can see who is at the door with a video camera doorbell. Online shopping is easier with voice commands, and voice assistants can even read audiobooks to those with disabilities.