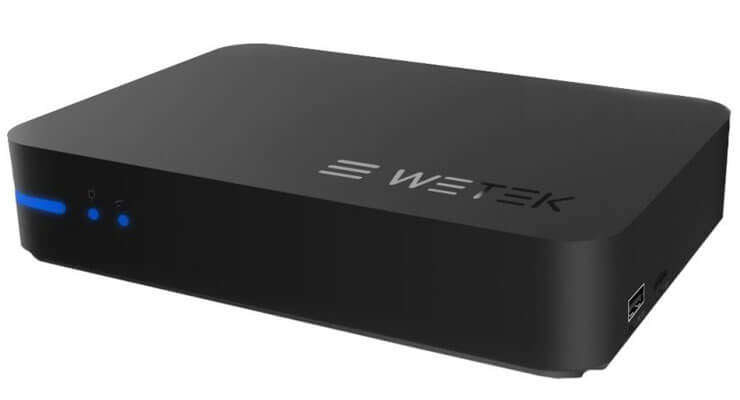 When you decide to cut the cord, you usually look for a TV box able to run Kodi, whether it is based on Windows, such as an Intel NUC, or Android, such as the CuBox Android TV box. But in any of these cases you are "limited", so to say, to the functionality and features -as many and extensive as they can be- offered by your operating system. Most of these devices are a way to cut the cord completely, further enhanced by things such as the best IPTV addons for Kodi or the most popular Kodi movies addons. [Read: 20 Best Kodi addons in 2015 to help you cut the cord]

This being said, some users might not want to completely get rid of their terrestrial cable or satellite TV stations, for whatever reason, and might find it annoying to switch back and forth between devices, and remotes, and so on, to go from watching a TV show on their existing subscription service, to a movie on Kodi. Remotes such as the Logitech Harmony Smart try to bridge this inconvenience by allowing you to program more than one device to control, but, what happens if you don't want to have more than one device, to switch between your subscription service, and the wonders of a smart TV box? In this WeTek Play review, we tell you about this device, which combines the best of both worlds.

In our WeTek Play review, we take a look at this device that is made WeTek (official Kodi and OpenELEC sponsor). At first glance it looks like a kind-of underspecced  and slightly bigger than normal Android TV Box. It sports a Dual-core process when quad-core and octa-core processors are becoming the new normal. And unsurprising I did notice some minor lags here and there (but nothing too annoying). If you use it with the provided Android ROM, you soon realize that what this Android smart TV box lacks in specs is made up for by the features it offers. An exchangeable TV Tuner card plugs on the back of the device, and can be switched to accommodate cable TV or satellite TV reception, which turns this device into a TV Tuner box. A custom UI on top of its Android install, lets you switch between Android TV Box and TV tuner box functionalities, so you won't have to get up from the couch to watch content from one source or the other.

Special mention is needed about its included remote, which is very responsive and almost eliminates the need to buy another remote for the device. This included remote comes with air mouse features, which are useful if you're controlling Android apps. The combined IR/RF technology of the remote and its ergonomic design make it easier to use and hold. Air mouse features are disabled until you press a trigger button below the remote, kind of reminiscent of most modern video game consoles, and can be disabled again with the same button. As with most included remotes and air mouse devices, this one also lacks a keyboard, so it would be a nice idea to get a wireless HTPC keyboard and mouse combo to perform your searches and in general input any text you might need.

WeTek sports a custom interface that looks stunning and is customizable so you can have easy access to all your favorite apps. At times, I found the interface to be a bit sluggish. However, when compared to generic Android TV Boxes, WeTek's customized interface stands out.

WeTek decided to follow the membership model for software updates. When you purchase a WeTek devices, they come with one year of membership. Membership allows you to upgrade WeTek software. Beyond the first year, you can continue to use the box for free. If you want to continue to receive updates, you will have to renew the membership.

WeTek Play review: do you recommend buying this device?

After our WeTek Play review, we see this is a device aimed at various audience types: those that want only a Kodi Android box and those that want to combine Media Center and Live TV. People with ongoing cable TV subscription or satellite TV access can continue to enjoy Live TV with just one unified box in their entertainment center. Please do your due diligence as some cable TV providers encrypt their channels, which can be decoded only with a supported device. For those that want only a Android Kodi player, there are several alternatives to consider. [Read: Tronfy MXQ review: Quad-Core Android TV box for your HTPC]

The WeTek Play Android TV box is a decent device, but it lacks some of the more advanced specs boasted by some of its counterparts. Consequently, some sluggishness is evident every now and then. But WeTek's custom interface and the ability to combine Cable/Satellite TV and Android media box into one can be very enticing for some.