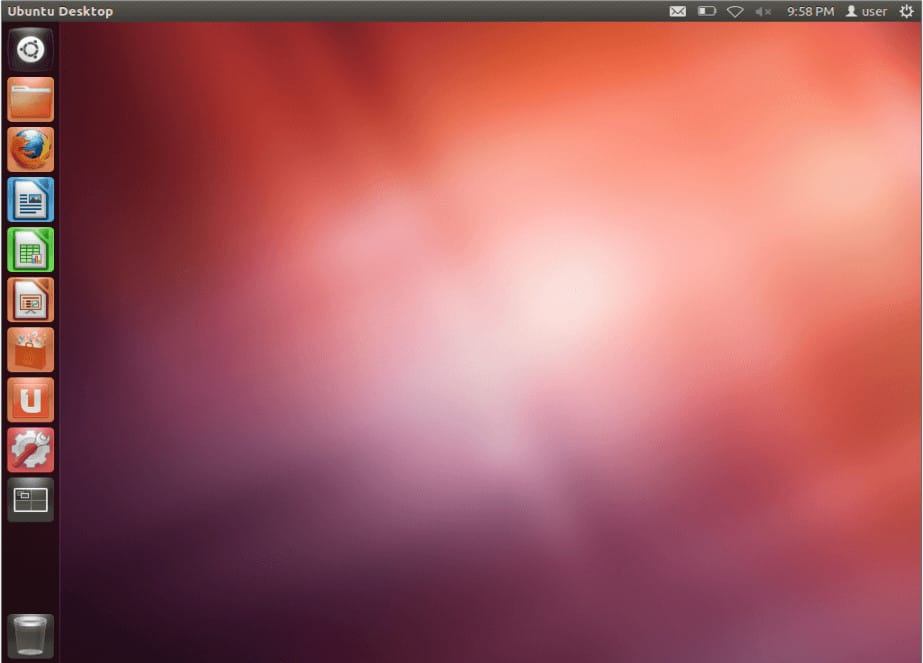 What is a smart home? What is home automation? 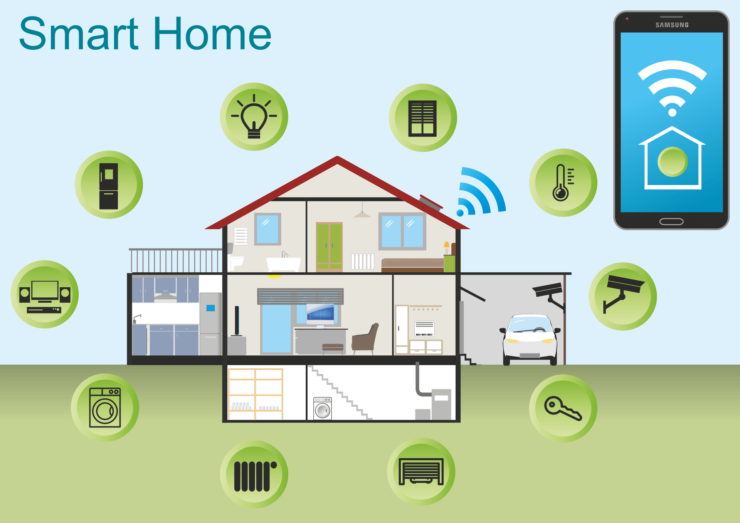 Let's begin a smart home definition. As CNBC reports, according to CNET, a smart home is "A home that is equipped with network-connected products...for controlling, automating and optimizing functions such as temperature, lighting, security, safety or entertainment..." A smart home is any household outfitted with gadgets connected via networking protocols like Wi-Fi and Bluetooth. There's an onus on integration. Because smart home tech is controlled remotely, users often operate these devices with phones or computers. Additionally, many smart home gadgets include features such as voice control.

Smart home automation takes the smart home a step further by removing the human element. With smart home technology, you control devices manually. For instance, setting the temperature in your house or arming a security system from your phone. However, with smart home automation, the devices remain in control. During initial set up, you configure parameters. Based on these settings, the devices themselves react to scenarios accordingly. This could mean automated lighting at a certain time, or climate controls shifting temperature at various intervals. You still have the ability to tweak settings manually. But the automation aspect yields greater control to the devices.

What does smart home automation do?

Ok, but what does smart home automation do? Automation focuses on streamlining tasks. With a traditional smart home, you as the user control various gadgets through switches, mobile apps, and web apps. That way you can set the temperature, dim the lighting, and arm or disarm the security system from within your home as well as remotely.

However, smart home automation instead puts the onus of decision making on gadgets. So instead of manually controlling settings, you set parameters. When conditions are met, your gadgets automatically adjust. The idea is increased efficiency in allowing your devices to account for pre-set conditions. For example, lighting may turn on when you walk in the room. Or your blinds raise up when a specified level of sunlight hits the window.

The way this works depends on the device and system. Some thermostats or lighting systems employ motion detection technology. Alternately, certain devices measure metrics like the indoor and outside temperature or humidity levels. These might set the perfect temperature depending on your pre-determined settings. Whereas non-automated smart home technology needs to be manually set, automated devices don't. Still, they can be manually controlled. 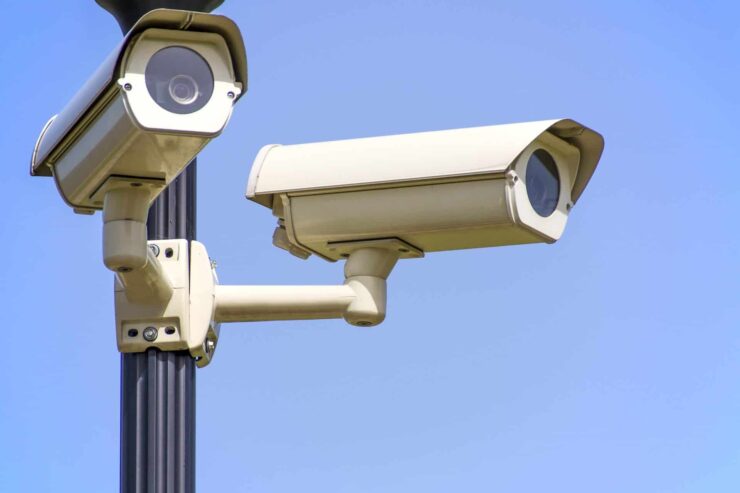 A major area of smart home automation is security. A smart lock is a neat means of automatically unlocking and locking doors as you come and go. Typically, these come with accompanying mobile apps for manual control as well. Full on home security systems might include a smart lock but add more features. Additional smart home security tech might include an alarm which you can trigger to blare when unwanted motion is sensed. Additionally, most home security cameras operate with automation. Rather than continuous recording, security systems usually only record when there's motion detected.

Geofencing is a means to create a virtual geographic boundary. For a smart home, this would be your house. Smart tech employs GPS or RFID which lets software trigger responses when mobile devices enter or leave a certain geographic area. With geofencing, you can track when your family members come and go, automatically lock and unlock doors, and set the lights and thermostat to kick on and off. Geofencing is common in smart home security. 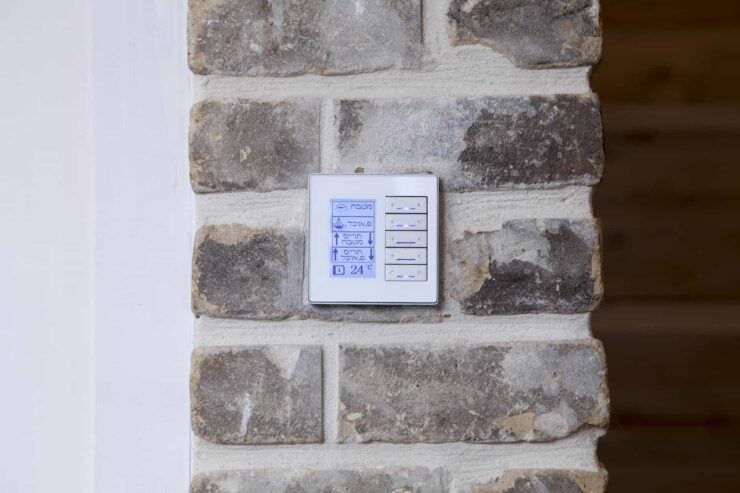 Another huge smart home automation sector is climate control. Climate control and security remain the most common examples of smart home technology and automation. Using a smart thermostat lends the ability to turn it on, off, and adjust straight from an app. Automation allows you to set an auto-adjustment for when certain parameters are met. For example, lowering the A/C when you arrive, and raising it when you leave. A major benefit of climate control in smart home automation comes as lower energy bills. By avoiding manual adjustments, your smart devices keep an optimal and balanced temperature which translates to energy savings. 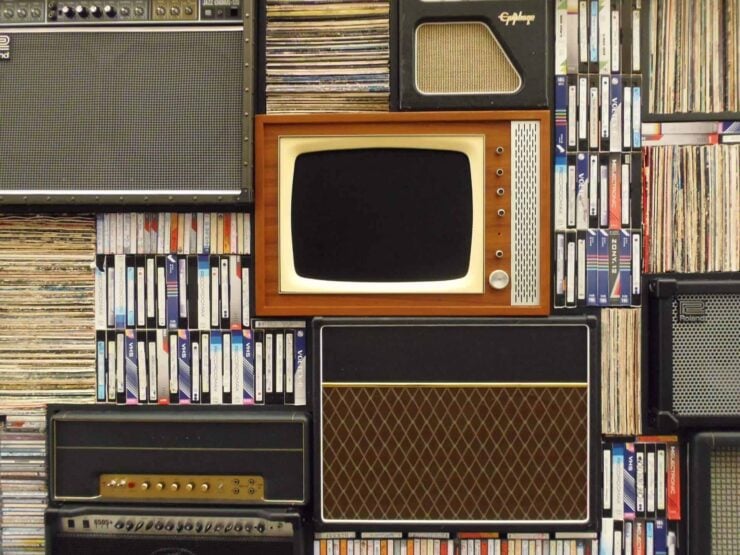 Although climate control and security offer the most prominent smart home automation examples, media presents a huge and popular sector. When you turn on your media center, you might have the lighting in your media room set to automatically adjust. If you're a Plex user, there's even an integration with Google Home and Alexa for voice commands. That way there's no need to even pick up the remote. 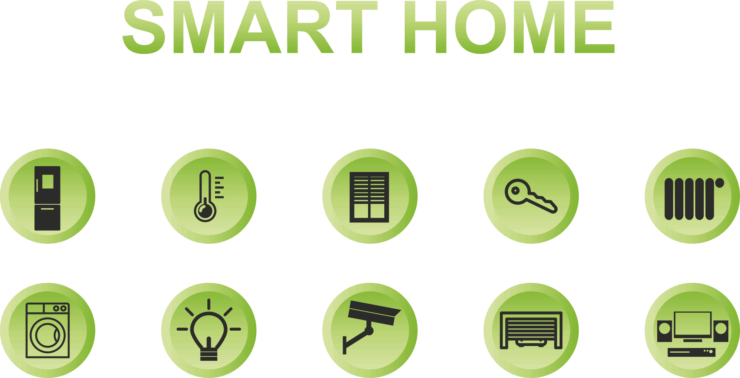 Disadvantages of a smart home

Unfortunately, while smart home benefits are plentifyl, smart homes also have their downsides.

Now that we've answered "what is a smart home," you're probably wondering "how do I build a smart home?" Luckily, the answer is pretty simple. Abundant choices complicate the matter only slightly. 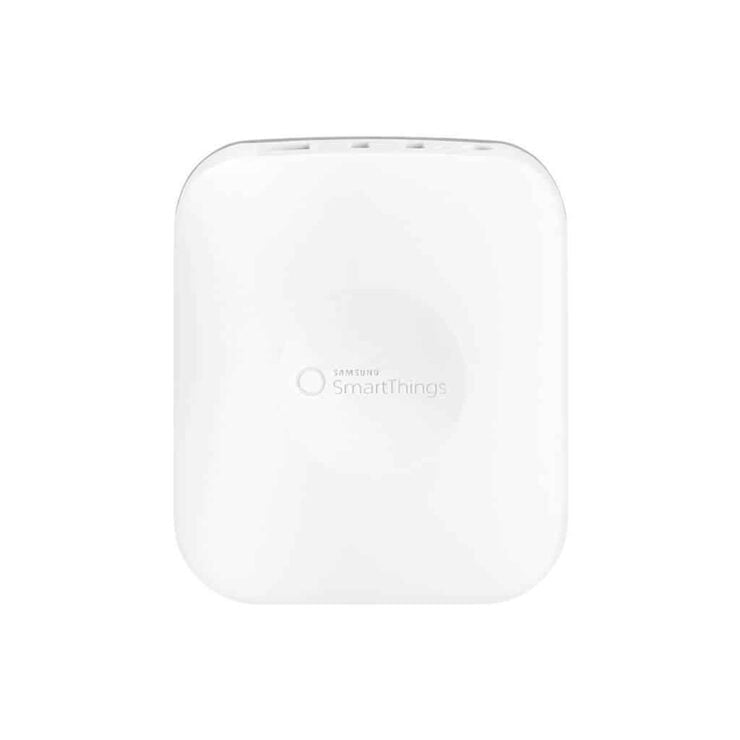 A smart hub simplifies the creation of a smart home by integrating the various components. SmartThings is a great example. As a hub, it's a means to connect these various parts. On the SmartThings website, you'll find a list of supported devices which includes the Philips Hue LED bulb, Google Home, and Ring doorbell. 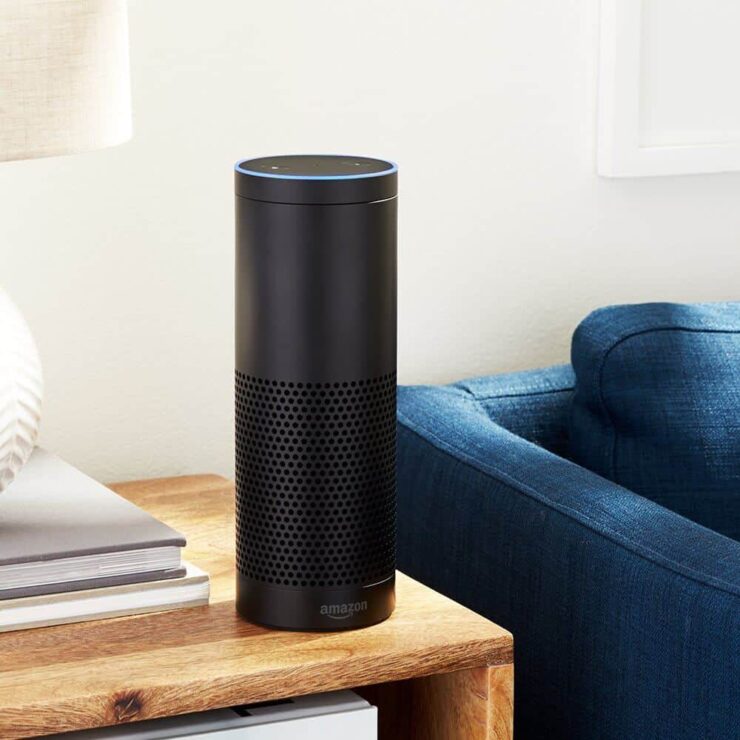 Using a voice assistant, you can control everything from making online purchases to playing music. Plus, voice assistants usually sync with other smart home devices either natively or through third-party hubs for voice-controlled lighting. The most popular voice assistants for building a smart home are the Google Home, Amazon Echo, and Echo Dot. 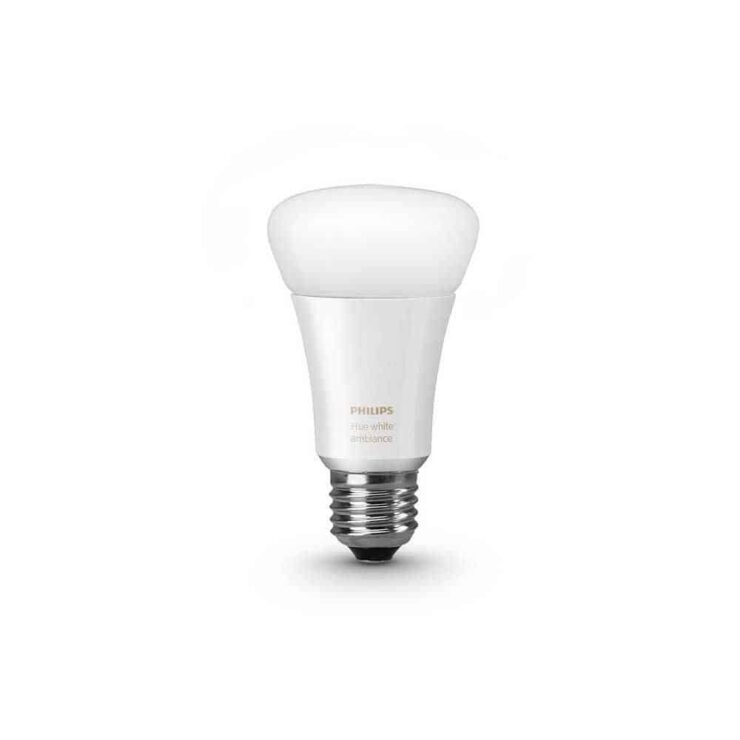 Since it's one of the most popular smart home areas, lighting offers a bevy of smart tech. Philips Hue is incredibly prevalent. Cree's connected LED is a major player as well. The Sylvania color LED is a top pick among smart home lighting choices. Light bulbs aside, you can get light strips like the Philips Hue lightstrip Plus. Switches from Leviton allow for dimming, and the Lutron Caseta wireless in-wall dimmer is a fantastic connected option. 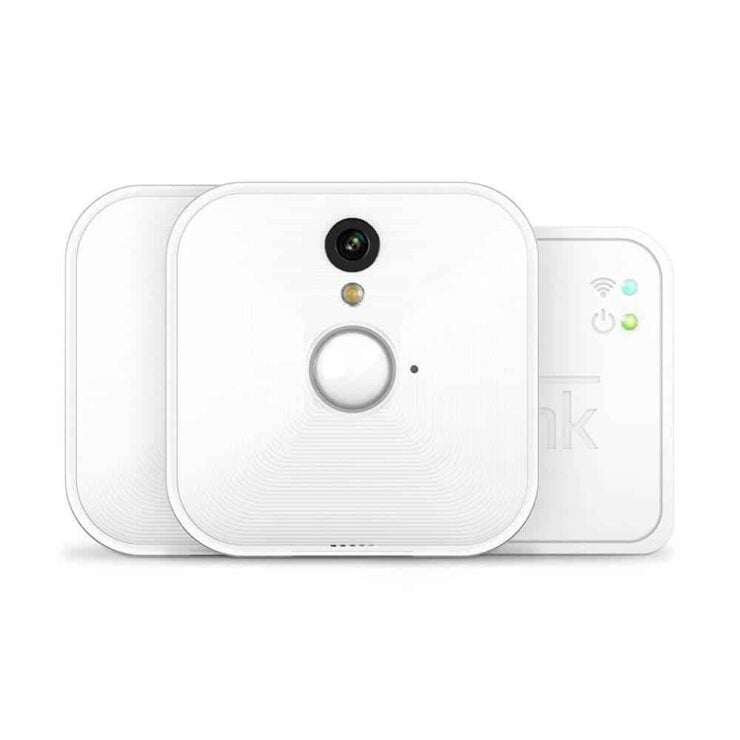 One of the easiest smart home entertainment offerings to implement is a smart TV. An Nvidia Shield TV is a fantastic connected device with voice search built into its candy bar style remote. Plus, the Shield TV is compatible with Google Home. Plus, you can integrate lighting for automatic dimming when you turn on the TV. Smart TVs are basic entertainment home automation devices.

The future of smart homes 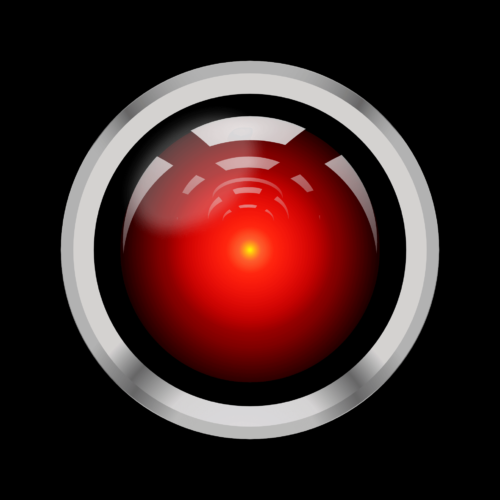 Smart homes aren't new. The concept thrived in science fiction long before its segue into mainstream adoption. Pop culture ranging from "The X-Files" to "The Jetsons" and even "Thirteen Ghosts" presented smart homes. Of course, many of these smart home incarnations are decidedly unrealistic. Nevertheless, look to these far-fetched examples of smart tech to continue permeating society. Smartphones include voice assistants like Google Assistant, Siri, and Bixby.

Also, watch for smart home tech to plummet in price. As smart home features flourish and the space evolves, what was once cutting edge becomes a budget offering. With this increased affordability comes wider adoption. Moreover, as gen X gets older, expect increasing adoption of smart home tech. With younger generations already familiar with connected devices, this is a trend that's here to stay.

Once you've settled on the areas to focus on building a smart home, concentrate on finding the right technology. Keep compatibility in mind, as you'll want to ensure integration of as many smart devices as possible. The more of your smart devices that can communicate with one another, the easier it is to set up and maintain your smart home.

Your turn: What is a smart home to you? Will you create one, or do you own one? Comment below, and kickstart the smart home discussion!