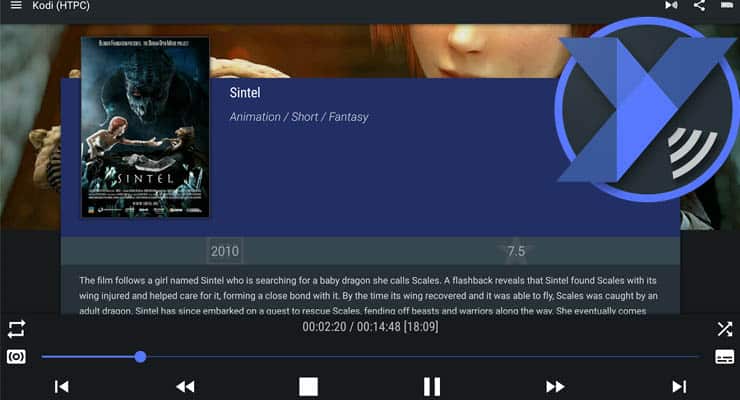 Earlier we told you about Kore, the official Kodi remote app for Android. It is a nice option to consider if you want to control your HTPC from your couch, bringing comfort and convenience to your setup. Although it is officially supported by Kodi, it is still a relatively new application. It turns out there are some other applications that perform this role very well, and although they don't count with official support, they are still great alternatives to control your media center if you don't want to spend money on a keyboard-mouse combo or an infrared remote.

One of these marvelous pieces of software that can be used as a Kodi remote app, is the well-tested and known Yatse. This app has been available for a long time on the app store, and in this post we want to introduce you to its most interesting features, in order for you to decide whether you want to use it or not.

How easy is it to install Yatse?

It turns out Yatse is very easy to install, since you are able to download it directly from Google Play. It still needs a special treatment once installed, in order to configure it and enable its use with XBMC/Kodi; however, this configuration doesn't take more than ten minutes. It is very similar in this regard to the steps needed to configure Kore, so if you have tested that one earlier, it will be very intuitive to configure Yatse as well.

Yatse offers the option to install plugins, which are also available through the Google Play store, and there's a paid app called Yatse Unlocker, which does exactly that; unlocks features. The features added by Yatse Unlocker are some very advanced ones, though, so for normal usage you should be set just by using the free app. It is also ad-free, which is wonderful for a Kodi remote app, since you don't want to click on an ad instead of changing your stream or switching the volume off.

What features does Yatse offer?

Good question! Your main interface while using Yatse will be a cross and an OK button, which will allow you to navigate the menus within Kodi and select streams or channels; however, there are also advanced buttons and options to set playlists, view the content that is playing, compatibility with PVR functionality, a virtual keyboard if you need to input written data, and even an option to bring out a virtual touchpad within the Yatse interface; this one has a limited functionality, at least on the tests I run with it, but nevertheless is a cool addition that might be useful in specific situations.

In addition to the cross-shaped buttons, you get several useful shortcuts. These allow you to access different parts of the Kodi interface, such as the one dedicated to videos, or music. You can also take certain actions from here such as quitting the Kodi app or even shutting down your system. However, to turn it on again, you would need to do it on the device and not from the remote, since Yatse only works when the media center is turned on.

Would you recommend Yatse?

Yatse is a very mature product; its long time of existence as a software option to be used as a Kodi remote app has granted its team experience and ideas that might be difficult to implement on other applications, or at least, take quite some time before they are replicated. There are lots of standard and advanced features waiting to be discovered within this app, which is very responsive and fast, and surprised me while I was testing it with some neat additions, like the possibility to create playlists, or its virtual touchpad. Even though Yatse is an Android app, you can use it with media centers where XBMC/Kodi is installed, regardless of the operating system they use. You can make good use of Yatse whether you have Kodi for Windows installed, or you are an user of Kodi for Android. [Read: PiPO X8: an Android/Windows dual-boot touchscreen device]

All of these features, topped off with the virtual keyboard, which comes on screen on your mobile device at the right time, and offers flawless functionality, make Yatse a solid option if you seek to improve the convenience and comfort your HTPC setup offers for all your media needs.