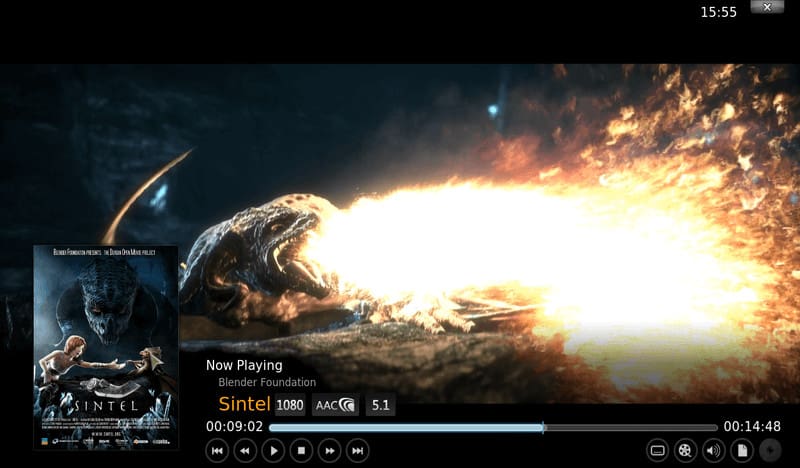 Kodi on Android devices is now much easier than it has been in the past - Kodi on Google Play Store is now available and you can easily download it on your Android devices! This may not seem like much, but it is a milestone achievement for Kodi. The media center software has always been criticized as being somewhat inaccessible to the average user. However, the availability of Kodi on Google Play Store brings the popular media centre software to the finger tips of the masses of Android users with the simple click of a button - it is now easier than installing Kodi on Windows.

Until now, SPMC was the only Kodi-like app available on Play Store. Within 48 hours of being released on the Google Play store, Kodi App for Android had been downloaded more than 45,000 times. You can also watch some of the Kodi team talk about Kodi on Google Play in KordKutters Episode #7. [Read: Install SPMC on Amazon Fire TV using only AFTV device]

Kodi on Android devices has been possible for a few months now, but only to a alpha and beta testers and to get into these groups wasn't an easy and straight forward process. With its progression out of beta testing, downloading is simple and straight forward for users of many Android devices including smartphones, tablets or even a Kodi Android TV box. [Read: 6 Best Kodi Skins in 2015]

However users of the Amazon Fire TV and Amazon Fire Stick will have to continue to sideload Kodi, at least for the time being. Amazon quickly pulled Kodi from its app store after initial release. The Kodi team was not notified and were not given any reason for the application being removed until after sending Amazon an email and receiving a response several days later blaming piracy. In the email, Amazon told Kodi that "In reviewing your app, we determined that it can be used to facilitate the piracy or illegal download of content. Any facilitation of piracy or illegal downloads is not allowed in our program". The Kodi team also discusses this in Kord Kutters Episode #7 (at about 17:30 in the video)

Many have criticized this response as Kodi in not necessarily for illicit consumption of media and is used by many to access legitimate digital content. This, it is said, is not unlike other applications available on the Amazon Store such as Plex and web browsers which can also potentially be used to access illegal content. The major drawback for forcing users to continue to sideload the media centre is that updates will not be completed automatically and users will need to them manually. [Read: 10 Best Kodi kids addons - Cartoons, TV and More]

Kodi has been making many improvements for Android devices lately as in recent days they have also released Kore – The new Kodi remote Android app.

Kodi on Android can be now be downloaded from the Google Play Store on your favorite Android device now.