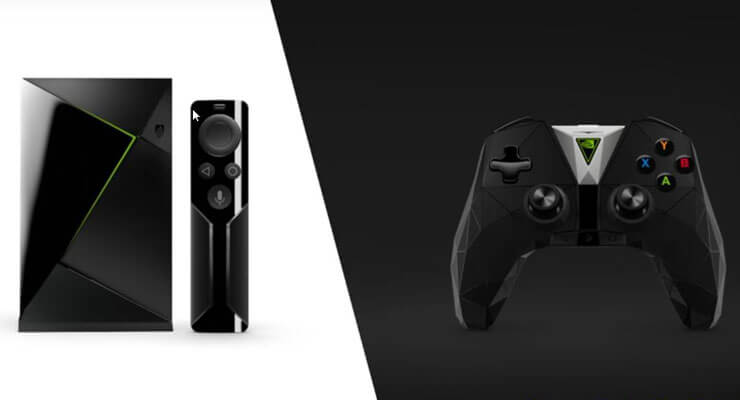 This new year 2017 a new NVIDIA SHIELD TV has been announced at the Consumer Electronic Show (CES). Scheduled to be available starting January 16th, the NVIDIA SHIELD TV 2 offers nearly the same specs as its predecessor. Despite this, there are enough improvements on the NVIDIA SHIELD 2017 that will make you want one. This will be particularly true if you have not bought the previous one yet. [Read: NVIDIA SHIELD Plex Server brings more options to your home server]

NVIDIA SHIELD TV 2: HDR-Ready, out of the box

As content options for 4k HDR media are wider now than they were when the NVIDIA SHIELD TV first came out, this is a very important feature. The content will look crisper and more detailed than ever before, with the new NVIDIA SHIELD TV 2. This was achieved previously with the first device via an update, but this time, you do not need a software update to enjoy the content in the best possible quality.

Other things that are ready to be used out of the box are the NVIDIA SHIELD TV 2 Amazon Prime Video app, and the support for Google Assistant AI app. With these additions, you can use the NVIDIA SHIELD TV 2017 version pretty much as you would use an Amazon Fire TV 2, with just your voice, and having access to pretty much the same rich and varied content library. [Read: Amazon Fire TV Alexa voice recognition is working now]

There are some other things that stand out when analyzing the new NVIDIA SHIELD TV 2. For example, it now is an even better deal to buy one. The remote is included on the package, as well as the controller. The device is actually smaller as well, which will make it a good investment if you have limited space. Regarding the controller, it has also been redesigned, with an arguably better, more futuristic look. All of this is aimed to give you the full NVIDIA SHIELD TV 2 experience as soon as you first take your device out of its packaging.

NVIDIA SHIELD TV 2: Would you recommend it?

The new NVIDIA SHIELD TV uses Android Nougat 7.0. This OS will also be brought to the old version as an update. Android Nougat supports picture in picture, so you will be able to browse apps while you watch a movie, for example. The NVIDIA SHIELD TV 2 will come on a normal and a Pro version. The difference is, once again, storage. For the normal version, it is 16 GB and 500 GB for the Pro version. It seems like it would not be enough for some users, however, the SHIELD TV 2017 brings two USB 3.0 ports, which would in theory support external drives of up to 4TB of storage. Furthermore, you can always connect to a network shared drive to further extend the storage. [Read: New NVIDIA SHIELD TV Controller might be available soon]

One minor annoyance is the remote volume control design. I found myself accidentally swiping the remote volume control areas and altering the volume. This being said, it is clear that the NVIDIA SHIELD TV 2 does have competitive specs to keep the NVIDIA SHIELD line of products up on top of the HTPC hardware options. I would recommend you get it, as it is an amazing piece of hardware. However, I would only recommend it if you do not have the old version. Hardware wise, they are very similar (albeit this one is smaller). If you are yet to purchase your definitive HTPC hardware device, for your main room or another TV in your house, then take a look at the NVIDIA SHIELD TV 2!