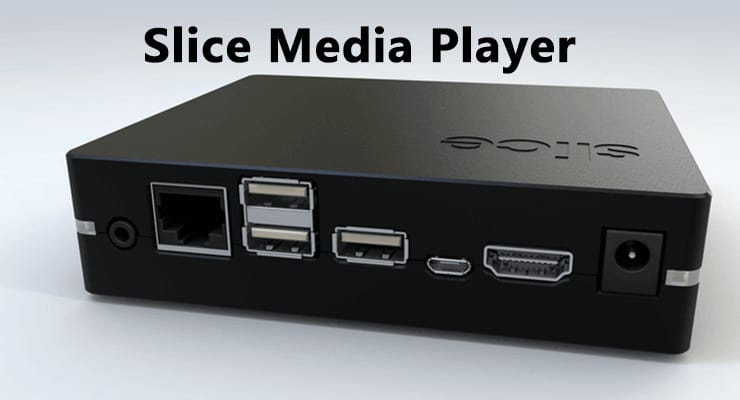 The Slice media player has come to be the center of attention recently since it raised £227,480 of its £90,000 goal on Kickstarter. Slice is tagged as "The user friendly media player with internal storage and a Raspberry Pi heart. Load it with anything, use it anywhere."

What does Slice Media Player do?

Slice is as closely related to HTPCs as media players. Built on the Raspberry Pi B+ board, Slice contains all of the necessary instruments to easily hook up to your TV (via HDMI) and store, play, and view all of your videos, photos, music, etc. The device itself looks like it's from the future - it has a sleek aluminum design with a customizable LED light ring.

Overall, the slice media player has a very small form factor. This, combined with the internal storage, makes it very portable and great for trips or visits with friends and family. It can also access media over a network, you can connect a device via USB, and it includes a user-friendly remote. [Read: Raspberry Pi vs Amazon Fire TV for Kodi media center]

Slice runs the open source media player software XBMC, but creates a new - more user friendly - interface to interact with it. Coupled with the fact that the device is plug-and-play, this allows users to easily get going with the device.

The Hard Drive Makes the Difference

While most media players rely on streaming services or an internet connection to play videos and music, Slice can store all of your content directly on the device itself. There is also the option to upgrade to a 2TB hard drive on the Slice Kickstarter if you're concerned you won't be able to fit all of your content on it. [Read: 10 of the Best XBMC Addons in 2014]

Just because Slice doesn't have to be constantly tethered to a network doesn't mean that it can't utilize one. Media files can be read from both the hard disk and your network.

Using Slice With Other Devices

Controlling and utilizing the Slice media player is pretty straightforward and flexible. The device comes with its own remote control that operates via radio technology (you don't need to be in line of sight of the receiver), but Slice plays nicely with third party IR remotes and even your mobile device. It can be controlled with the 'XBMC Remote' app for Android and iOS devices. [Read: A simple yet awesome IR Raspberry Pi remote control for $5]

Have an iOS device? Slice works as an Airplay receiver so you can display videos and play music wirelessly.

As promised in the Slice Kickstarter, they are looking to ship out units before the end of December. This will make it one of very few products to meet its goal dates for distribution. If you didn't hear about Slice when it was being funded, worry not. The company behind it, FiveNinjas, will begin selling retail units once the Kickstarter ones have been distributed.