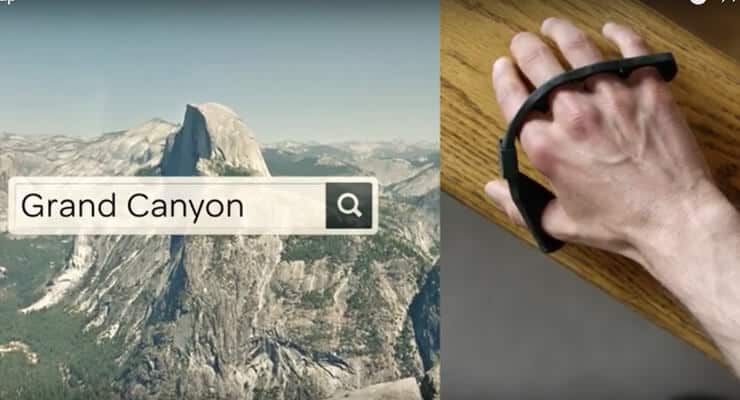 You probably know by now that a wireless HTPC keyboard adds comfort and convenience to your HTPC. You probably have seen already how some of the features from keyboards have been performed by devices such as air mouses (the Lynec C120 air mouse is a great example) and even smartphones, thanks to apps such as Kore or Yatse. However, and thanks to the giant leaps technology makes everyday, soon you might not even need one of these devices to search for the latest chapter of your favorite series on Kodi Exodus addon. It might be enough to have the new Tap wireless keyboard instead.

What is Tap wireless keyboard?

The Tap wireless keyboard is, basically, a flexible device that goes over your fingers, and instead of detecting keypresses, detects movement. This device then translates those movements into keys. This way, you can type by only moving your fingers. It will be programmable as well, with as much as 31 gestures, so you could theoretically have one gesture for every letter of the alphabet, and then for the Enter key and Backspace key. This is still in development, so in the meantime, you can stick to a normal keyboard instead. [Read: Quick Logitech K400 Plus Review: a compact HTPC keyboard]

This device does hold a great potential for the HTPC world. Imagine watching your favorite series, and programming gestures on Tap to skip to the next chapter, to bring up the search interface, and more. Or just using it it as a Tap HTPC keyboard, without the keyboard. I can already foresee a more comfortable experience for HTPC users everywhere. The Tap wireless keyboard is scheduled to be released later this year; and a beta testing phase will start soon, so stay tuned to know more about this little device!