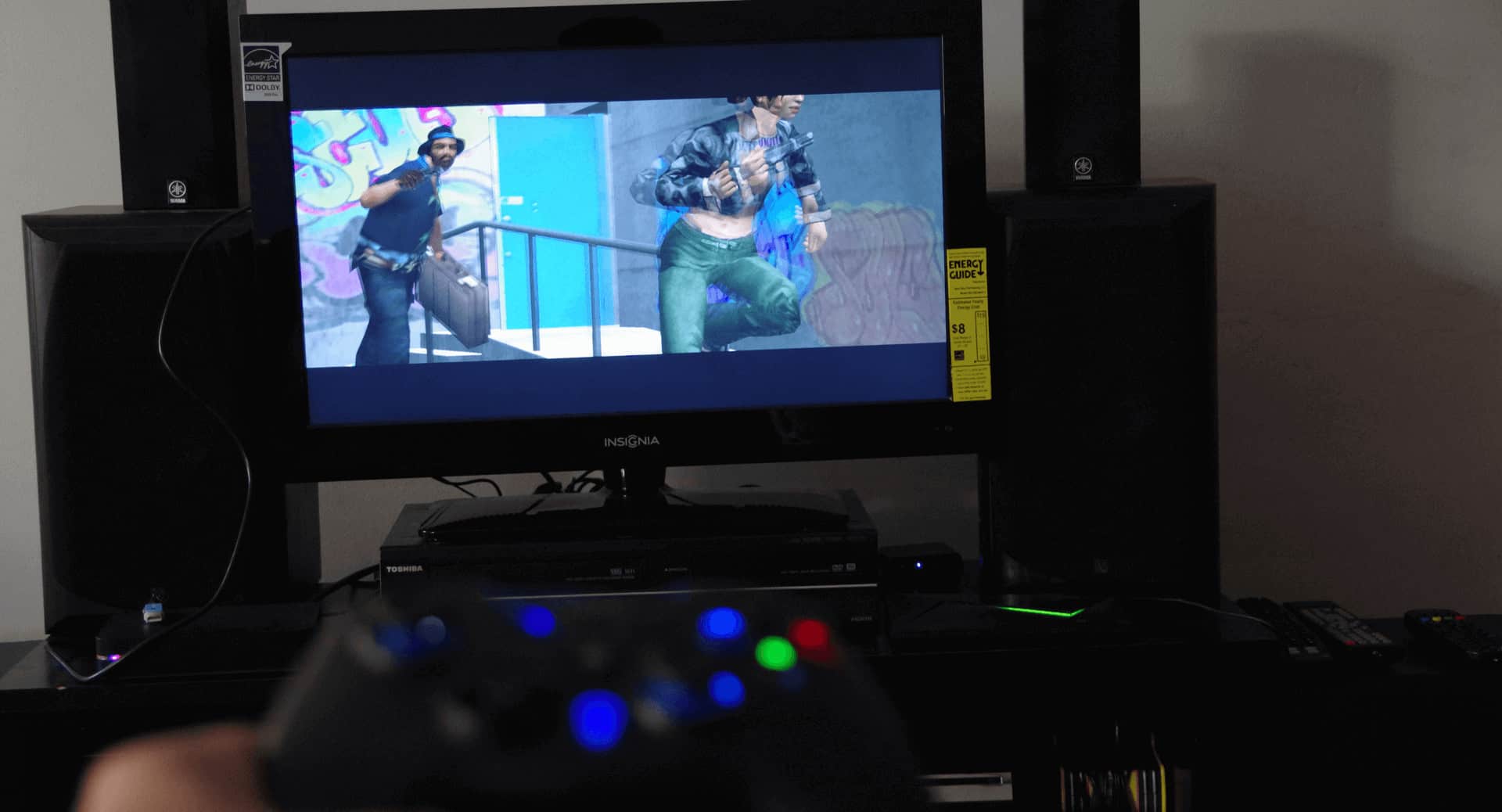 WeTek is an awesome hardware manufacturer. Its WeTek Play 2 is a sweet set top box which delivers an excellent streaming media plus live TV and DVR experience. Since the WeTek runs Android, and a tablet-optimized version of Android, it's ideal for gaming as well as streaming video and music content. Learn all about the WeTek gamepad for Android and Windows machines in this WeTek gamepad review!

Onboard, you'll find Bluetooth 2.1 + EDR. With a wireless distance of 2-10 m, you can comfortably game from almost anywhere in the room. Its Li-battery 3.7V 600mAh battery lasts roughly 10 hours. I found that I could squeeze in a smattering of gaming sessions before requiring a recharge. The gamepad is compatible with Android devices and Windows PCs as well.

Pairing the WeTek Bluetooth gamepad was incredibly simple. I tested out the controller with my Motorola Moto Z, Samsung Note 10.1 2014 Edition, WeTek Play 2, and Nvidia Shield TV. Each device functioned well with the WeTek controller via Bluetooth. The WeTek gamepad for Android and Windows worked well with Android games such as "Grand Theft Auto 3," as well as retro game ROMS, and even PC games streamed over the network with Nvidia GameStream on the Shield TV. [Read: Best Amazon Fire TV games 2017]

The button layout is pretty standard fare. It feels akin to controllers such as the Xbox 360 gamepad, with its dual analog sticks, D-pad, Y, X, B, and A buttons, plus start and select in addition to shoulder buttons and triggers. Its feather-light weight makes it easy to tote, and the blue glow emitted from its center button and various accents adds aesthetically-pleasing highlights.

I really enjoyed the built-in battery. That alleviates the need to swap out battery packs or buy batteries. As much as I appreciate my Xbox 360 controller, it feels as though every time I go to game with it, the batteries are dead. With the WeTek Bluetooth gamepad, simply charge it with the included microUSB cable. [Read: 5 Best wireless Nvidia Shield TV controller options]

In addition to use with Android devices, the WeTek Bluetooth controller is compatible with Windows as well. However, despite my PC's Bluetooth connectivity, I couldn't figure out a way to pair my WeTek gamepad. Instead, on Windows, I was forced to use the WeTek gamepad plugged in. Still, connected to my Windows computer, the WeTek controller was recognized as an Xbox 360 gamepad and operated as expected, including the rumble feature. It works perfectly tethered with its microUSB cable, but it's not nearly as convenient as a wireless controller. Presumably, if you're gaming on a laptop or desktop, you're sitting at a desk, so this may not be an issue. However, it is a limiting factor. It's possible this could be remedied with a patch rolled out by WeTek.

Ultimately, WeTek's foray into the gaming controller space is a pretty decent success. It's a well laid-out gamepad that features solid connectivity and compatibility, excellent construction, and a a built-in battery. Though it's disappointing that the WeTek gamepad for Android and Windows doesn't wirelessly work with Windows PCs, it's a minor quibble. Overall, this is a great pick up for playing PC games, retro game ROMs, Android titles, and even Raspberry Pi gaming with either RetroPie or Recalbox.

Which controller options for Android and Windows do you recommend?