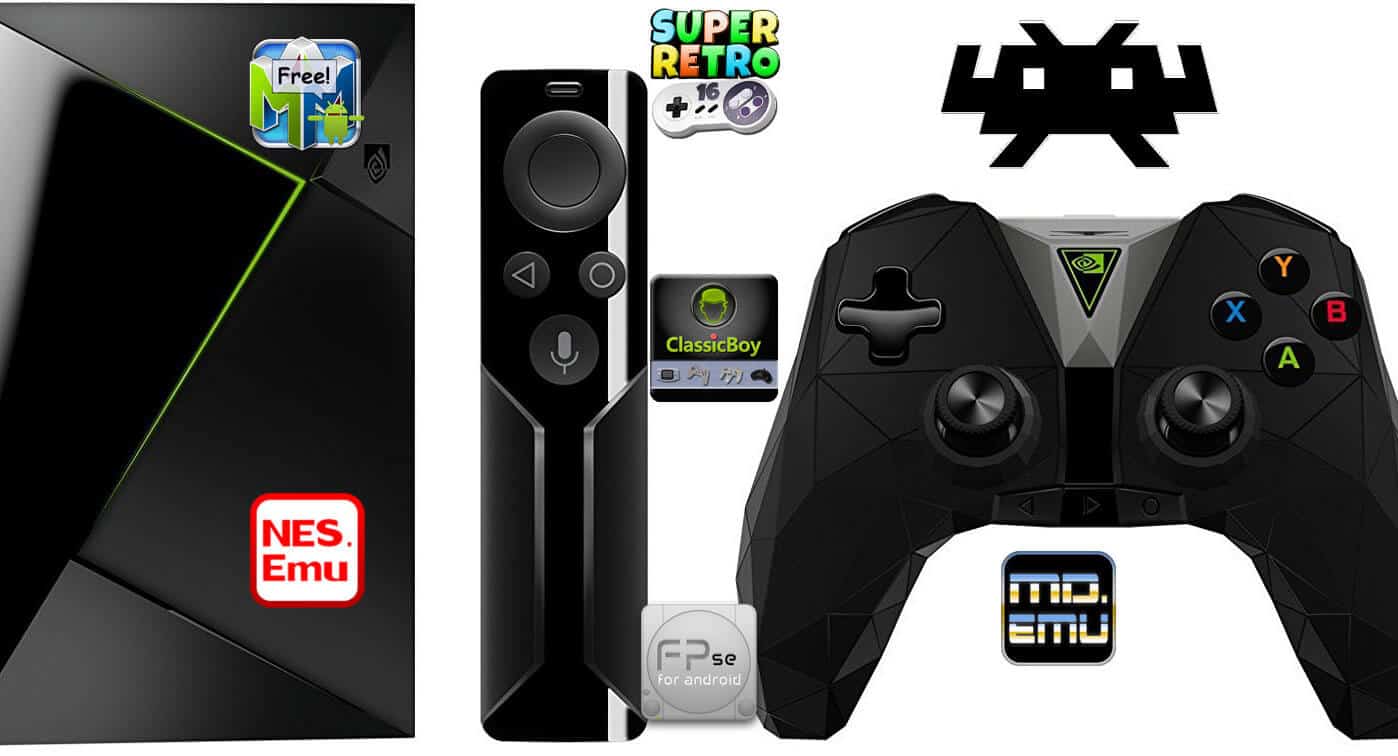 With this immense compatibility, RetroArch is the go-to as a one-stop shop for playing retro games on Nvidia Shield TV. However, RetroARch is not the most user-friendly application. Despite its exceptional functionality, RetroArch is not recommended for beginners.

Although ClassicBoy does carry the word Boy in its title, it's not an entirely Nintendo-centric Android retro gaming emulator. Rather, ClassicBoy ranks among the best Android gaming emulators for the Nvidia Shield TV on account of its versatility. Onboard you'll find support for a smattering of systems including  PlayStation 1, Nintendo 64, Gameboy Classic, Color, and Advance, NES, Sega Genesis, and NeoGeo. [Read: 7 Nvidia Shield TV tweaks to perform after initial setup]

Like RetroARch, ClassicBoy is one of the top solutions for playing retro games on Nvidia Shield TV. But it's much more user-friendly than RetroArch.

Neat features include accurate sound emulation with high-quality resampling, cheat code support, and the ability to backup and load save states. Due to its triple console support, MD.emu is a best bet for playing retro games on Nvidia Shield TV.

Similarly, SuperRetro16 boasts a similar featureset as NES.emu. Yet this Android gaming emulator allows SNES gaming on the Shield TV. It's a solid way to play retro games on Nvidia Shield TV. Among its best components, SuperRetro16 offers great controller compatibility. However, you'll need to map buttons manually. But superb ROM support, speed, and reliability make this a must-install.

There's awesome reliability and mappable buttons. However, community members note that games could use increased emulation support. As an alternative for N64 retro games on Nvidia Shield TV, consider N64oid. Note though that the Nvidia mapper works better than the in-app mapper.

While these are the best game emulators for Nvidia Shield TV, these are not the only emulators. A neat community-sourced Google Sheet provides information on the best games, emulators, and apps for the Shield TV. Notably, this features comments on functionality and receives progressive updates as apps are updated. Though standalone console Android gaming emulators exist, I strongly suggest opting for an all-in-one option. RetroArch is my top recommendation. I've used RetroArch to play retro games on Nvidia Shield TV as well as my Samsung Galaxy Note 10.1 2014 Edition.

Which game emulators for Nvidia Shiel TV do you suggest?