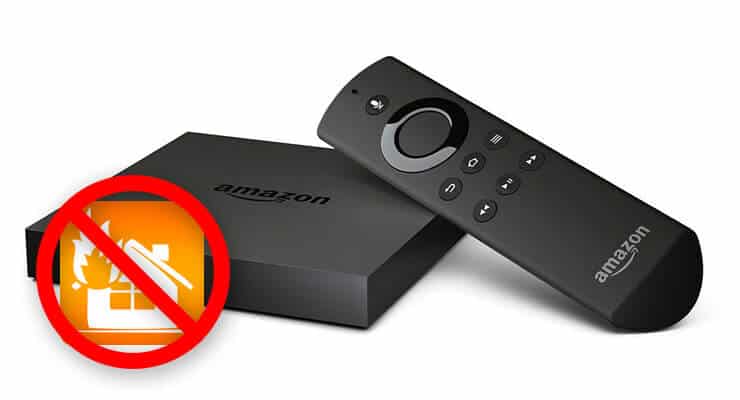 Amazon has always shown concern about apps that disrupt the native experience offered by them, at least in their opinion. As a matter of fact, since the user should be the one with the final say on what to install on their device, it is sad to know that Amazon blacklisted FireStarter by its name. Users have recompiled FireStarter and packaged it under another name, and it has worked properly. Using the app in an Amazon Fire TV with the latest 5.0.5.1 software version will disable the app, and it won't be available to be used. It is advisable to block updates on your Amazon Fire TV if you want to keep FireStarter installed. [Read: Block Amazon Fire TV auto update (unrooted) – Method 2]

Update: It seems Kodi is safe on Amazon Fire TV. At least, for now. Have a look at this article, where we tell you all you need to know about the newest Pro-Kodi Amazon Fire TV update.

Why has Amazon blacklisted FireStarter?

Much has been conjectured about the motives why Amazon blocked Firestarter, but it could be anything from a genuine concern about FireStarter home button double-press interfering with their own home double-press feature, or Amazon trying to influence the viewing habits and apps used by their customers, which would open the door to block other apps perceived to support Piracy, such as Kodi. [Read: Kodi Piracy Box Sellers and their threat over Kodi]

FireStarter Amazon Fire TV app is used to access sideloaded apps easily; however, this feature is now supported by Amazon Fire TV. Perhaps we are making a fuss out of something trivial, or perhaps this is the first of a series of steps by Amazon in an attempt to keep competitor apps out of their ecosystem. This is a decision that should be left in the hands of the users, in order to guarantee that people can give their hardware the use they want, to open up new and interesting possibilities for everyone, instead of having just a handful of uses for every device we buy.