While live television once came from cable and satellite providers, not many users turn to cord-cutting. Though over-the-top (OTT) video streaming services and even free streaming options provide easy access to movies and TV shows, live streaming sports leaves a void that's tough to fill. Learn how to watch college football online with this complete guide to stream college football live in 2019! We will cover everything from existing OTT streaming services, Kodi addons, and even websites where you can find free streams. We published a complete CFB streaming guide in 2017. This is an updated version of that guide for 2019 season.

Where to watch college football 2019? 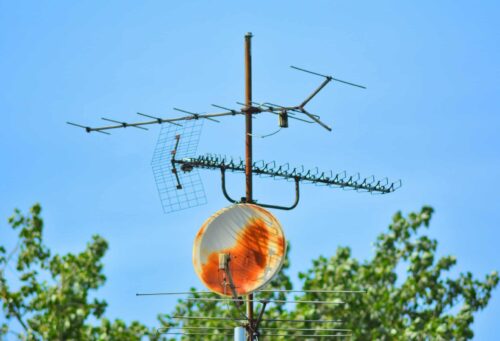 Once, over-the-air (OTA) antennas served as the primary delivery device for watching live television. However, with the advent of cable and satellite, the OTA antenna was largely replaced by pay-TV. Now, with the popularity of cord curring, OTA antenna adoption has seen a massive resurgence. For college football, over-the-air networks CBS, NBC, ABC, and Fox carry games. Therefore, you can watch college football without cable or satellite using an OTA antenna. Just add one of these best OTA antennas and you're ready to go. You may hook up an antenna directly to your TV, or connect it to a TV tuner for DVR capabilities.

With an OTA antenna, you can watch College Football games live and for free. But you'll miss out on games aired via premium channels. Plus, out of market games may be tough to watch. Enter cable replacement streaming sites. These services allow you to watch live and on-demand TV on virtually any device. So-called over-the-top (OTT) streaming services provide access to premium content without a traditional pay-TV service. [Read: How to stream college football on Kodi – 2017 streaming guide]

If you want to watch CFB games without cable, an OTT streaming service is an excellent choice. These are the best over-the-top streaming services which allow you to watch college football games online in 2019: 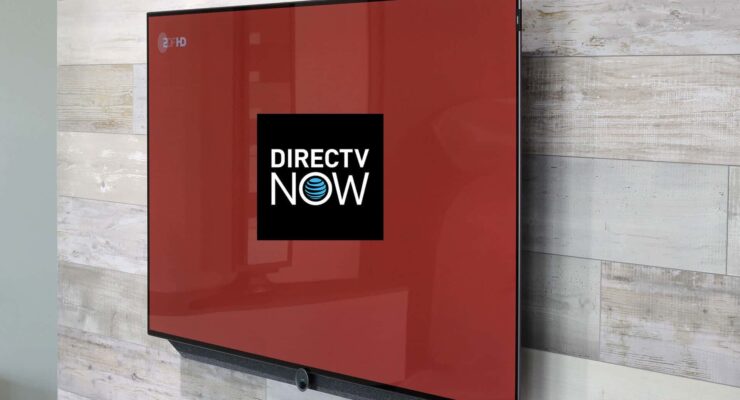 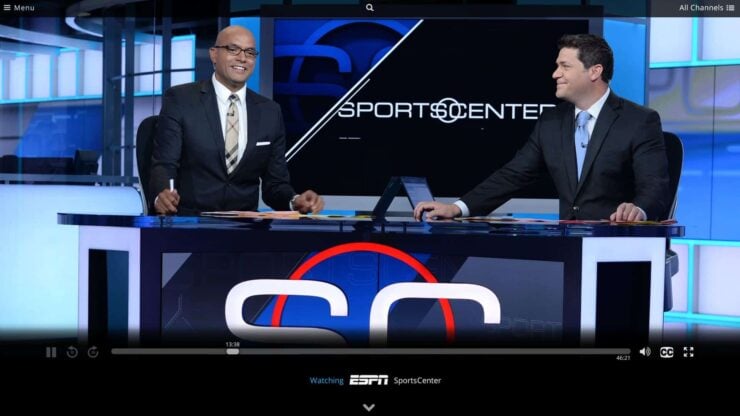 Since Sling TV lets you stream college football on ESPN, ESPN 2, ESPNU, and ESPN3, it's a spectacular choice for cord cutters. NBCSN is bundled in Sling TV along with SEC ESPN Network and SEC ESPN Network Plus. An affordable pricing structure makes it an excellent cable alternative. You can add on channels like the Pac-12 Network, ESPNU, and SEC Network for enhanced sports coverage. In some markets, NBC and NBC Regional Sports Networks live streaming is available as well as regional Fox Sports packages. [Read: Intro to cord cutting: Sling TV review] 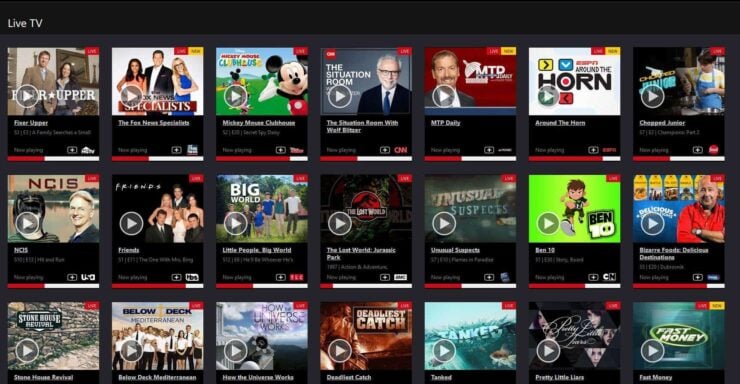 Though Hulu initially launched as a Netflix competitor, and is best known for syndicated content and original series like “The Handmaid's Tale,” you can watch college football on Hulu. Hulu with Live TV delivers the on-demand service with a cable replacement live TV streaming service. You can watch ESPN, ESPN 2, ESPNEWS, ESPN3, ESPNU, FS1, NBCSN, FS2, and CBSSN. Certain markets gain access to CBS, Fox, NBC, and CBS. For just $4o a month, it's a phenomenal deal. [Read: Intro to cord cutting: Hulu with Live TV review]

As a cord cutter, YouTube TV is my streaming service of choice. The base channel lineup features ESPN, ESPN 2, ESPN 3, ESPN U, ESPNEWS, FS1, FS2, Fox Sports, CBS Sports, and regional ABC, CBS, NBC, and Fox stations. What sets YouTube TV apart is the inclusion of Fox, CBS, and NBC which are notoriously complex to find on OTT streaming services. That alone makes YouTube TV one of the best ways to stream college football live in 2019. [Read: Intro to cord cutting: YouTube TV review]

At a mere $6 a month, CBS All Access is an awesome way to, you guessed it, watch CBS. You'll benefit from live streams as well as on-demand content. This isn't anything you can't find for free with an OTA antenna or a service like USTVNow, but you do gain premium features like on-demand videos. There's no DVR, so Hulu with Live TV or YouTube TV offers a better deal for just a few more dollars a month. Moreover, there's no hassle hanging a potentially unsightly antenna in your home.

If you are still a fan of kodi addons for streaming sports then you can try some of the addons below. I say this because the world of Kodi streaming has changed significantly over the last year and many addons have been taken down. We recently published a list of working Kodi addons (2019) which includes several sports streaming addons. If you decide to try one of these Kodi sports addons, then be sure to get a good VPN service for security and privacy.

Remember that Kodi addons come and go as the landscape is changing quite rapidly. Therefore, some may work and some may not. So proceed at your own risk. 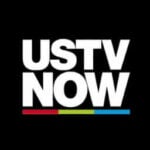 USTVNow deseves a top spot on the list because it is one of the best legal Kodi addons for live TV. USTVnow is a streaming service that offers cable TV from the US which the name also implies. The service's original purpose was to offer overseas American soldiers access to their beloved movies and channels. The paid for content it provides is 28 channels such as plus AMC, CNN, ESPN, FX, TBS, and TNT for the price of $29 monthly this is without the digital video recorder option, if you want that included it will be $39 monthly. For a free signup you can stream CFB games live using the following channels ABC, CBS, FOX, and NBC. [Read: Guide: How to install Kodi USTVNow addon] 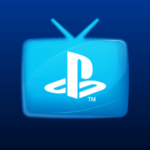 PlayStation Vue stands as one of the top premium streaming services available. It is only of the only OTT services to offer a Kodi addon. Users now have a legal way to watch an extensive library of content, as well as watch live TV and sports on their Kodi devices. The PlayStation Vue addon has beaten Netflix to the platform in an unprecedented move. Many streaming services, paid or otherwise, are not always supported by Kodi. The handful that are available as addons are not always fully supported, or may not work perfectly on all devices. [Read: Guide: How to install PlayStation Vue on Kodi: Watch PS Vue on Kodi] 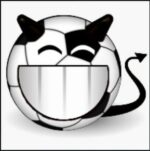 One of the best and oldest addons for Kodi media players, SportsDevil lets you stream college football live (and other sports) from your Kodi device. It is a good addon despite the fact that its streams are provided free of charge. The SportsDevil kodi addon can be installed from the http://repo.theunjudged.xyz addon source.

With the BOOM! Kodi addon you will be able to stream sports to your Kodi media center. You can watch content about golf, football and many other sports. This is one of the best working Kodi addons for sports currently available, so make sure to check it out! BOOM Kodi addon can be installed from the http://burrtv.tech/boom/repo/ Kodi repo.

With the Atom Kodi addon from the Supremacy repository, you get access to one of the top Kodi addons for content. Besides offering the usual content such as movies and TV shows, you can also find live IPTV channels and sports within this addon. A separate section lets you use Real Debrid if you're an user, for buffering-free streaming. Atom Kodi addon can be installed from the http://myatom.one/rebornrepo/ Kodi repository. 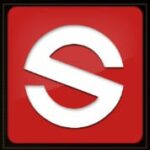 Stream Engine Kodi addon has a greatly organized offer of content such as sports, movies, TV shows and even Live TV channels. You can find this addon and start enjoying its great content selection and quality if you install the Kodi MuckyDuck repository. Stream Engine Kodi addon can be installed from the http://muckys.mediaportal4kodi.ml/ repository.

With the Deliverance Kodi plugin you can watch live sports as well as already-broadcast sports matches. The fact that it offers quite a good selection of content, organized by several categories, makes this one of the best Kodi working addons for sports-related content streaming. Deliverance can be installed from the http://sport-xplosion.com/DELIVERANCE/ source. 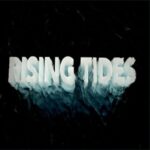 If you install the Kodi Rising Tides plugin on your Kodi media player, you will be able to watch live sports events, live PPV events, sports channels, football highlights and so on. It also brings other kinds of content, such as live TV, movies and documentaries, so be sure to check this top Kodi plugin and give it a try. Rising Tides kodi addon can be installed form the http://mullafabz.xyz/Repository/ repository.

We have previously covered a list of websites that can stream CFB games. Watching games through these websites is equivalent to stealing cable. But for many folks who are outside the US, this is a common way to watch College Football online. Many sites have shut down or moved to another domain. At the time of writing this guide, the following websites appear to carry live streams of channels that telecast college football games.

Modes of streaming available through some of these free channels may be legally questionable. Therefore, VPN protection is suggested.

While I do not recommend this, some of my readers have reported that they were able to use WatchESPN.com, with a friend's subscription.

With a variety of methods for viewing NCAA football matches comes an even greater of options with devices. If you're going the OTA antenna route, you can hook an antenna directly to your TV. But for DVR purposes, you may want to run an antenna into a TV tuner from the likes of Tablo or Silicon Dust. Alternatively, streaming set-top boxes like the Nvidia Shield TV and WeTek Play 2 to provide a way to hook up an OTA antenna, letting you stream and watch over-the-air television with one device.

My preferred streaming device is the Nvidia Shield TV. It's easily the best Plex client devices you can buy, and top Kodi box on the market as well. The Shield TV even doubles as a Plex server, and is perfect for retro gaming as well as game streaming.

The WeTek Play 2, Nvidia Shield TV, and AirTV let you hook up an OTA antenna for streaming plus live over-the-air TV options. As such, they're ideal for watching College Football games without cable. A Kodi addon for PS Vue makes PlayStation Vue available on virtually any device.

In addition to all the options listed above, you can use the famous Mobdro App to live College football games on Android devices including Fire TV, Nvidia Shield TV, and portable devices.

For cord-cutters, it's pretty easy to watch CFB games live without cable. You can watch many college football games using an over-the-air antenna. Further, connecting an OTA antenna to various software or hardware options including Plex, the Nvidia Shield TV, or a WeTek Play 2 lets you watch and record live TV. Over-the-top providers fill a sports void for cord-cutters, though figuring out which OTT services have live local channels can be complex.

Since local channels streaming varies by market, you may consider a combination of OTT cable replacements with an OTA antenna for maximum coverage. That's the most comprehensive way to stream College Football games online in 2019. I suggest YouTube TV for a subscription to watch CFB games live without cable. With its local channels and ESPN, you can watch the majority of games live without cable.

Your turn: How do you plan to stream college football live in 2019?