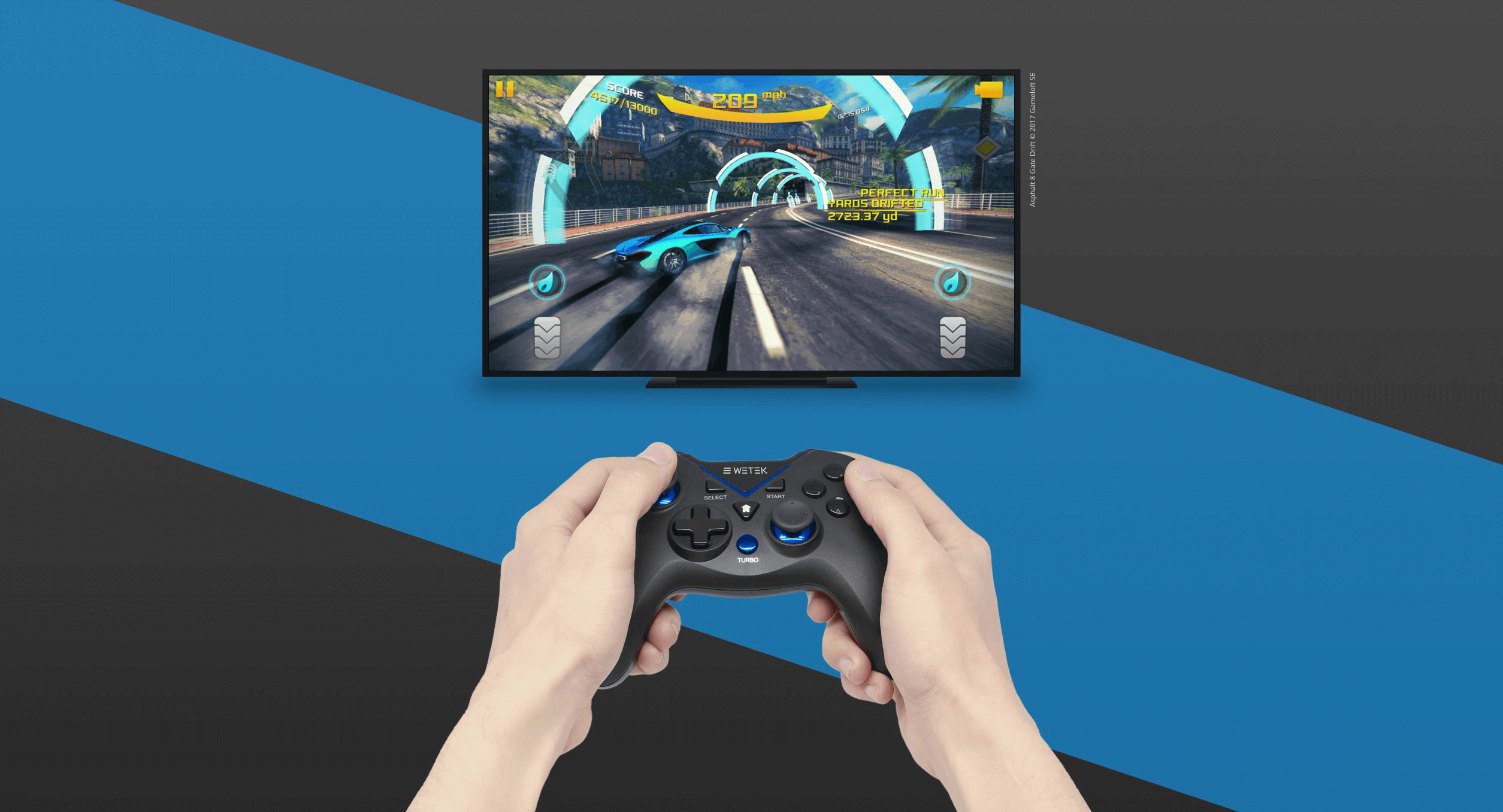 WeTek, the awesome set-top box manufacturer, has revealed its plans to offer a gamepad. This is a large step for the Android streamer company. With a WeTek gamepad announced, gaming on both Android and Windows is poised to improve. [Read: 10 Best legal Kodi streaming boxes - Best Kodi box 2017]

The company behind the fantastic WeTek Play 2 Android streaming box now makes the foray into the gaming space. With Android devices such as its Play 2, gaming is another option besides streaming video and music content. However, aside from the Nvidia Shield TV, many Android set-top boxes lack dedicated gamepads. The WeTek gamepad seeks to rectify that problem. [Read: 5 Best wireless Nvidia Shield TV controller options]

From a technical perspective, the WeTek gamepad sports asymmetric 360-degree analog sticks, Bluetooth, and more. Coupled with a WeOS 3.1 update which brought Android 6.0 Marshmallow to the WeTek Hub and Play 2, it's clear that WeTek plans to continue improving its already excellent products, as well as broadening its reach within the home theatre space. The next logical step is providing tools for gaming. [Read: Recalbox vs Retropie: Which retro gaming OS should you use?]

It's refreshing that WeTek makes its gamepad compatible with PCs as well. Using software such as Nvidia GameStream, it's possible to stream PC games from a compatible PC to a device like the Shield TV or any Android outfitted with the third-party application Moonlight. As such, PC gamers may use the WeTek gamepad on their PCs or in the living room with set-top boxes. Plus it's a solid choice for playing Android emulators or native Android games.

With a bevy of software options, Android set-top boxes transform into all-in-one machines. You can stream from the likes of Netflix, PS Vue, DirecTV Now, and Sling TV, as well as media server software like Plex and Emby. Alternately, install some emulators, or native Android games. You can even use music server software to cobble together your own Spotify.

What Android games are you playing?