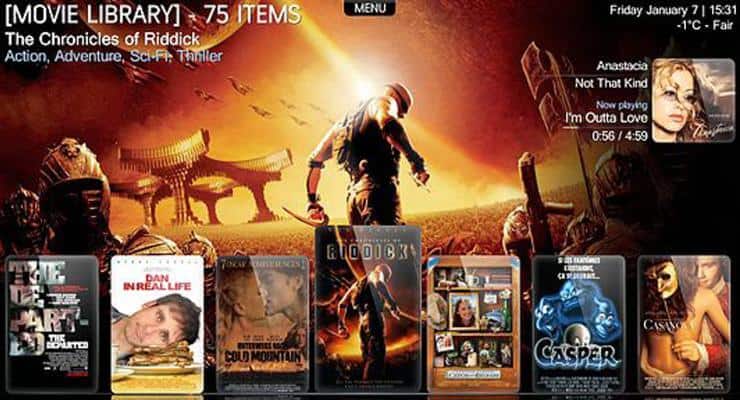 For more than a decade, Windows Media Center presented its users with the option of enjoying a 10-foot interface which enabled them to play videos, music, browse photos or view them in a slideshow, and even recording live TV (provided you had the right accessories), or any other activity that could be performed thanks to third-party plugins. All of this could be done comfortably from your couch, if you had the proper devices enabling you to do it. [Read: 5 best Wireless HTPC keyboard and mouse options in 2015]

Unfortunately, in a sad but unsurprising move, Microsoft has decided that the new Windows 10, which is now right around the corner, will not include Windows Media Center. In fact, if you are an avid or casual user of this application, and you update Windows, you will simply lose your installation of it. Now, we understand that every company has their reasons as to why they take decisions like this one; however, if you are a user of this application, you probably don’t want to stop watching your content just because Microsoft won’t release a new version for it. Right? What are you to do if this is your case?

Enter the Media Center saviors! Ok, maybe I am exaggerating a bit; however, that’s exactly how you would feel if you found an alternative application that allowed you to do most of the things you did with Windows Media Center. If this WMC replacement application were to be free to use, this would just add the icing on the cake. But, what are these applications? What do they offer to me? And, most importantly… How do I get them?

Probably the most popular of Windows Media Center alternatives, you can run XBMC / Kodi on many operating systems and platforms, such as Windows or Ubuntu, and even use it with the amazingly inexpensive and low on power consumption, Raspberry Pi. An open source application, with a strong community, and tons of addons to choose from, with access to a staggering number of internet services, XBMC/Kodi can be used for managing and playing your media, as well as a DVR frontend, if you so desire. This award-winning media center application allows you to access all the functionality you could have with Windows Media Center and even more, and it is regularly updated. It is highly customizable with stunning Kodi skins. If those factors do not yet convince you, perhaps this one will: it’s free. [Read: 20 Best Kodi addons in 2015 to help you cut the cord]

2. Plex, one of the most famous WMC alternatives

Perhaps you have already heard this name. Plex is one of the most well-known applications for media centers, and with good reason. A cross-platform application, with support for Windows, Linux and even Mac, this application allows you to run a back-end on, say, your powerful house computer, as well as the front-end, which you could set up on your TV-box, tablet or even smartphone. Although there is no native support for DVR, it is possible to include it, and there are premium features you can access, by paying a small fee. The fact that this Windows Media Center alternative is so very well known, only makes it easier for you to find help or documentation should you ever encounter any trouble getting it to work. [Read: Plex vs Kodi – The Ultimate Comparison Guide for Beginners]

3. Emby, a combines some features of Kodi and Plex

Emby (previously known as Media Browser) is quickly growing into one of the best media center applications. In fact, some of its adopters claim that they like its media scraping capabilities better than Kodi. Due to this reason they have opted to run Emby as the backend to manage the media and Kodi as the frontend to play the media. We have already reviewed Emby Media Center in-depth as an alternative to Kodi and Plex.

4. MediaPortal, an example of media center applications with a good community

MediaPortal is another good open-source media center, which is advertised to transform your PC into a complete media solution. This application allows you to watch, schedule and record live TV, play media, whether it is movies, shows, music. You can create picture slideshows, check the weather, news and access RSS feeds. MediaPortal is able to run on very simple hardware, and can be further customized with plugins and skins. This is one of the Windows Media Center alternatives that are backed by a good community of users and enthusiasts which will be able to help you, if any problem arises during your installation or use of this application.

Myth TV is a free open source alternative to Windows Media Center. It boasts a plugin architecture that has allowed it to transform over time, from a simple TV viewing software into one of the most popular Media Center applications. Myth TV is capable of handling your photo, video and music collections, and also features some other interesting additions like a weather plugin and the ZoneMinder home security system, among others.

This application takes some time to be configured properly, mainly because its main website does not offer pre-compiled versions, and instead offers only the source code for them. In this regard, it is probably better suited for tech-savvy people who don’t mind going through the extra steps to configure their Media Center applications in the exact way they want them. However, this also allows greater freedom if you know what you’re doing and, if you do not possess the knowledge to delve into these topics, you still can use Myth TV in the form of a pre-compiled package.

VLC, just plays everything. In addition it can stream. While not as polished and aesthetically pleasing as some of its competitors VLC media player does very well what it is designed to do...play media. VLC is a multi-platform open-source media center. If you are looking for WMC alternative that can play every video you can throw at it and may be do a little bit of streaming then VLC is as simple as it gets.

7. LinuxMCE, one of the... non Windows Media Center alternatives?

Maybe you are too disappointed by the news and want to switch not only your media center application, but also your operating system. Well, in that case you need to look no further, because LinuxMCE is a Windows Media Center alternative which actually acts as much more than that. On its official website it is defined as a “home automation suite”, providing interaction between your media and other electrical appliances on your home. You can manage your media as efficiently as with other Windows Media Center alternative, however, it also allows you to control surveillance systems in your house, manage your telecommunications by allowing you to use VoIP anywhere in your home with minimal setup, manage your network and even control temperature and lights on your entire home.

If you are a fan of clean and well-designed user interfaces, please steer clear from this software. Albeit very useful, its interface is not the prettiest of them all; however, if you couldn’t care less about it, here’s a wonderful choice to expand your media center abilities.

OpenELEC, is an operating system designed to run Kodi and that is it. It boots directly to Kodi interface. Its primary objective is to be an embedded media center. Due to this reason it is pretty locked down and is very stable and secure. If you cannot build a budget HTPC and are looking for an operating system to convert your existing Old PC into a Media Center then look no further than OpenELEC. In addition OpenELEC can also serve as a simple file server with Samba protocol. We have covered OpenELEC extensively and you may read one of our several OpenELEC guides.

9. OSMC, a Debian-based OS that does more than just running Kodi

OSMC, has a full-fledged OS underneath Kodi. It boots up to Kodi and has a custom Kodi skin, but built on Debian it can do several other things. You can install commandline applications with web interfaces and run a home server from your OSMC box. We have covered OSMC installation on Raspberry Pi 2 and compared OSMC to OpenELEC on RPi2. If you want a media center OS to tinker with apart from playing your media then go for OSMC. But realize that unlike Windows Media Center, OSMC (and OpenELEC) is a full OS that you may find limiting if you want to run other desktop applications (like Office, Thunderbird, etc.).

Miro is a open-source free video and music player that can download content and play. Miro works with your current music library, allows buying music, downloads and plays almost any video, converts any video, allows sharing media to other devices over network, and has a buit-in bittorrent client. It can definitely do a lot more than Windows Media Center. Miro is also multi-platform but compared to Kodi its features are limited. It is not also not as extensible with addons as Kodi is.

One of the biggest advantages of Windows Media Center is its compatibility with Live TV tuner cards. Some of Live TV providers (eg. Time Warner) lock their content to only approved applications, which at this point is only WMC. Therefore, if your content provider does that then it might hard for you to find a WMC alternative for Live TV.

Our vote is for Kodi. To say that Kodi is the best Windows Media Center alternative would be wrong because Kodi / XBMC is better than Windows Media Center in many ways. With all these alternatives to Windows Media Center, you can rest assured that your enjoyment from movies, videos, music, photos and anything else you had access to, with that application, will not be hindered or disappear. In fact, you could discover new alternatives for you and expand your knowledge in the search of the media center options that best suit your style.