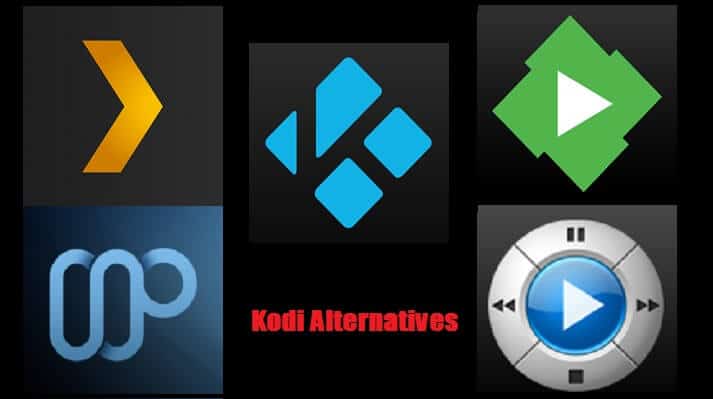 Kodi media center is a great product but believe it or not there are other media center solutions out there. It tends to be the enthusiasts who opt for other software solutions or people with specific needs. Whether there is feature that you are missing in Kodi, the look and feel is not for you or you simply don't like it, there are other media playing solutions on the internet. In this post I provide my 5 best Kodi alternatives. These are all Kodi like apps that will cater for all of your movie / music needs.

We have already covered this topic from a different angle on our 10 Media Server Software Options for Multi-device Streaming Needs article. As the title suggests, the focus of that article was on media server apps that allow streaming to multiple devices. While there may be some overlaps, the focus here is on Kodi like apps for media enthusiasts to try. But with the two posts, you should have more than enough options to design your home media streaming setup.

When we talk about alternatives to Kodi it would't be right to not put Plex at the top. Plex is a huge media playing solution from one of the giants of the industry. There are two parts that make up the Plex package which is both a client and server solution. The application is designed to stream media to multiple devices in your house and to multiple client formats. This is something that it does better than Kodi media center. The idea is simple. You install the server component to the PC that holds your media collections and the client to any device that you want to receive them. Plex server will then use a process known as transcoding to convert you chosen media file into the most suitable format for the receiving device. [Read: How to install Plex Server on Windows and Ubuntu]

Plex is for the hardcore media enthusiasts out there who want multiple streams of simultaneous media content. One of the stand out features of Plex media server is its look and feel. You could argue that it looks better than Kodi and in some ways it does (Kodi vs Plex comparison). Plex navigation is fluent and its simplistic format is completely free of clutter. When you select a media file it launches seamlessly without over-complicating things with masses of information. The client version is designed for each device OS and so looks great on whatever you are using it on. The free version of Plex is feature rich but can be further expanded with premium purchases. [Read: Combine Plex and Kodi – Get the Features of Both Using PlexKodiConnect]

Emby Media Server is perhaps the closest rival to Plex. It has some catching up to do but is well on the way to becoming a top media server solution. With Emby you install the server side application and then connect to it with host devices. Emby has some rather neat looking client applications for both iOS & Android devices. It also supports DNLA which is fully compatible with the majority of today's smart TVs. [Read: How to install Emby server on Ubuntu, Windows, and Raspberry Pi]

Emby media server may not be as complete as Plex in terms of look but in some areas is more customizable (Plex vs Emby comparison). For those of you who are set on having the right artwork for your titles, meta information and categories then Emby is the perfect solution. It also offers plugins and themes which Plex does not making it a far more Kodi like app with advanced streaming features. Emby is catching up with Plex in most areas and if you are the enthusiast who wants greater control over everything then Emby is one of the best Kodi alternatives.

SPMC (Semper Media Center) is an unofficial build of Kodi that is optimized for Android based devices. It is unofficial but is actually developed by a member of the Kodi team. It has many features and fixes to improve performance on Android devices and if you are an enthusiast with a rather obscure Android product then this could help. The software features many fixes for things like audio pass through improvements, Android TV home screen recommendations and Alexa voice search functions.

SPMC is one of the best alternatives to Kodi for the less popular Android devices. At the time of writing this guide, the latest version of SPMC is built on Kodi 16 Jarvis. [Read: Guide: How to install SPMC on Android TV box devices?]

The Media Portal application is another one of the Kodi like apps designed for streaming to multiple destinations simultaneously. Media Portal 2 is now the latest release of the software and comes with everything you need to create a media center solution for the whole of your house. The application comes as a single executable and on install it will ask you whether you want to deploy a media server or setup a device as a receiving client. The client solution looks good and your media files are shown in easy to navigate blocks. The software also integrates well with YouTube allowing you to easily stream free online content. [Read: 10 Best Windows Media Center Alternatives]

JRiver is another one of the Kodi like apps designed to meet all of your media playing needs. If you are someone who uses your desktop PC as your main HTPC solution then this application could be for you. Most of the best Kodi alternatives are designed to be used on your TV and do not have particularly good mouse integration. JRiver is an exception to this. The main JRiver interface is a Windows type GUI making it easier to make alterations to individual media files and to change settings. This also makes it easier to select multiple media files at the same time to make bulk actions and changes. With JRiver you can still switch to full screen mode and enjoy your media on a living room TV.

One area that JRiver beats Kodi in is its ability to rip your physical discs to your media library. You can copy your physical movie discs to ISO format or convert all of your music albums to MP3. It also has encoding capabilities for the enthusiast who wants to change the format of media files or reduce file sizes. JRiver does not look as good as other options in this list in its TV format. It is also more difficult to add box art to your media files. However this is certainly the best of the desktop Kodi like apps and with its media conversion capabilities it is definitely one of the best Kodi alternatives.

Kodi is one of the most complete media center solutions on the internet today. If you are looking for an alternative solution then you must have a specific reason for this. There are many alternatives out there which out perform Kodi for certain functions. You may want enhanced media server capabilities, multiple streams or a different type of user interface. The Kodi like apps listed above all excel in different areas. Give these alternatives to Kodi a try and hopefully you find the features you are looking for.