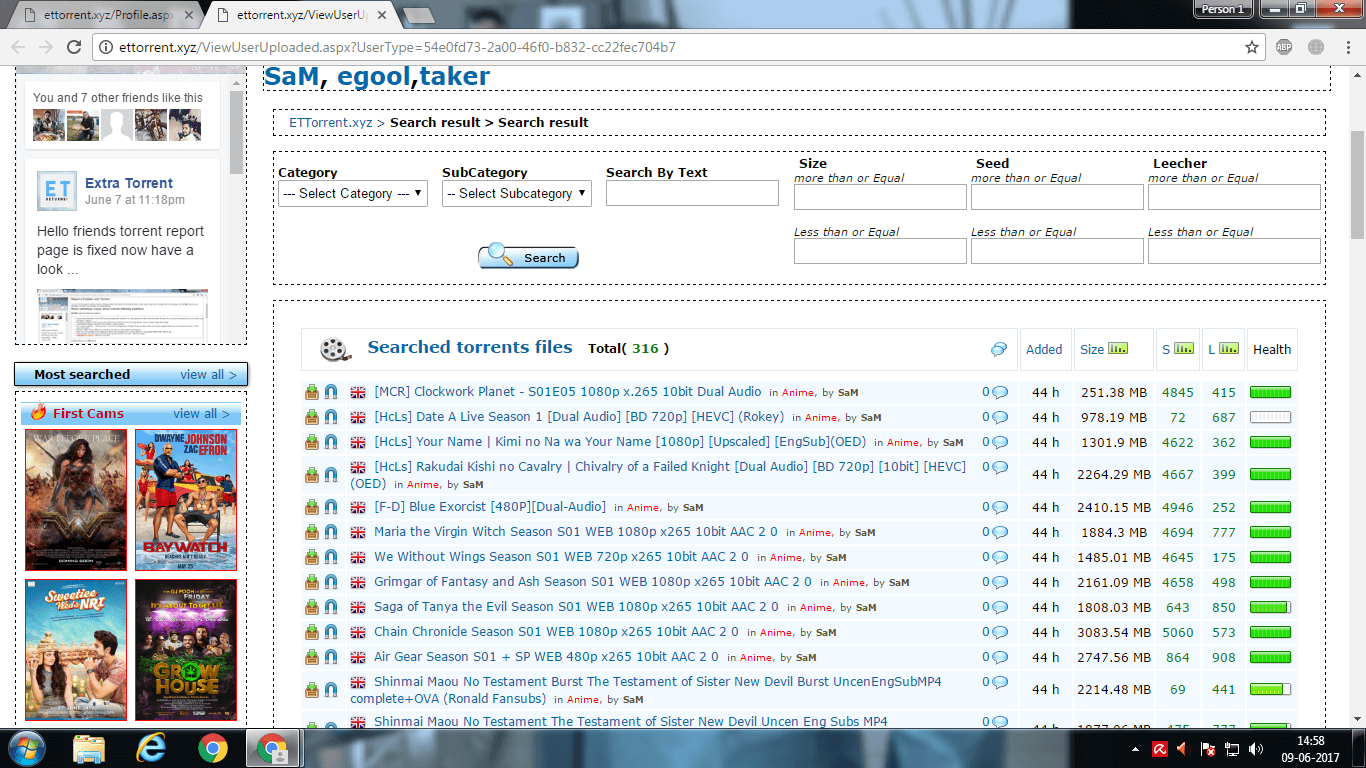 While ExtraTorrent Return launches complete with its own FaceBook page, it's unclear what ETR is exactly. Found at Ettorrent.xyz, you'll find once again the familiar blue and white ExtraTorrent theme. Additionally, the navigation appears almost exactly the same.

There's a statement at the top of the new ExtraTorrent Return website which invites founding ExtraTorrent members to reprise their roles on the successor. In a departing message on May 17, 2017, ET went offline. With its departure, ExtraTorrent.cc broadcast a message warning users to "stay away from fake ExtraTorrent websites and clones."

Although ExtraTorrent Return appears much the same as ExtraTorrent.cc, it's not quite a clone. According to ExtraTorrent Return staff, the site is almost completely finished. Planned features include the standard advance search features and torrent uploads, along with comments. Plus, you'll find trending torrent sections.

What's more, ExtraTorrent Return launches with the promise of old ExtraTorrent uploader and user profiles, a torrent chat, messaging features, and staff page. The latter is already available. Though the ExtraTorrent Return community appears thriving, I wasn't able to verify any information about mirrors or torrent origins.

The future of torrenting and streaming

As cable cutters migrate away from traditional cable subscriptions, they seek alternative sources of video. This manifests in the form of torrenting as well as streaming, both legal and illicit. While Kodi is an awesome open-source platform, it gained infamy with its community created addons. Though many addons like these 10 best legal addons, or six broadcast TV streaming addons, offer legitimate content, others hosted pirated streams. Thus, there's been a major crackdown.

This however promises to improve the Kodi community. Instead of unreliable pirate streams, this forces developers to concentrate on delivering legal streaming content to Kodi users through addons. In turn, addons and content will be more reliable. A recent ruling allows copyright holders to target individual streamers. Compare this to torrenting which rarely goes after individuals now.

Torrenting remains the most popular downloading medium, and 2017 is loaded with torrent websitesus. Usenet is a strong alternative though with a dedicated following. If you torrent, it's best to use a VPN for added security [Note: htpcBeginner does not condone illegal sharing of copyrighted material].

Ultimately, torrenting is as popular as ever. Moreover, as ExtraTorrent Return launches, it's a bit like Hydra from the Marvel universe. Cut off one head, two more shall take its place. Shut down one torrent site, two more shall spawn. But the trend is clear. Just like the Kodi community alters its form, so too does the torrent realm. This may mean finding a new torrenting site or adopting a VPN. Alternately, it could imply converting to Usenet. Or signing up for a legal cable replacement like PlayStation Vue or Sling TV. Either way, torrenting persists and dedicated communities like ExtraTorrent Return continue fighting to keep torrents alive and well-seeded.

Your turn: what torrent sites do you use, and what are your thoughts on the future of torrenting?